Komatsu Japanese Cuisine will close May 19 after 40 years in downtown Campbell, CA 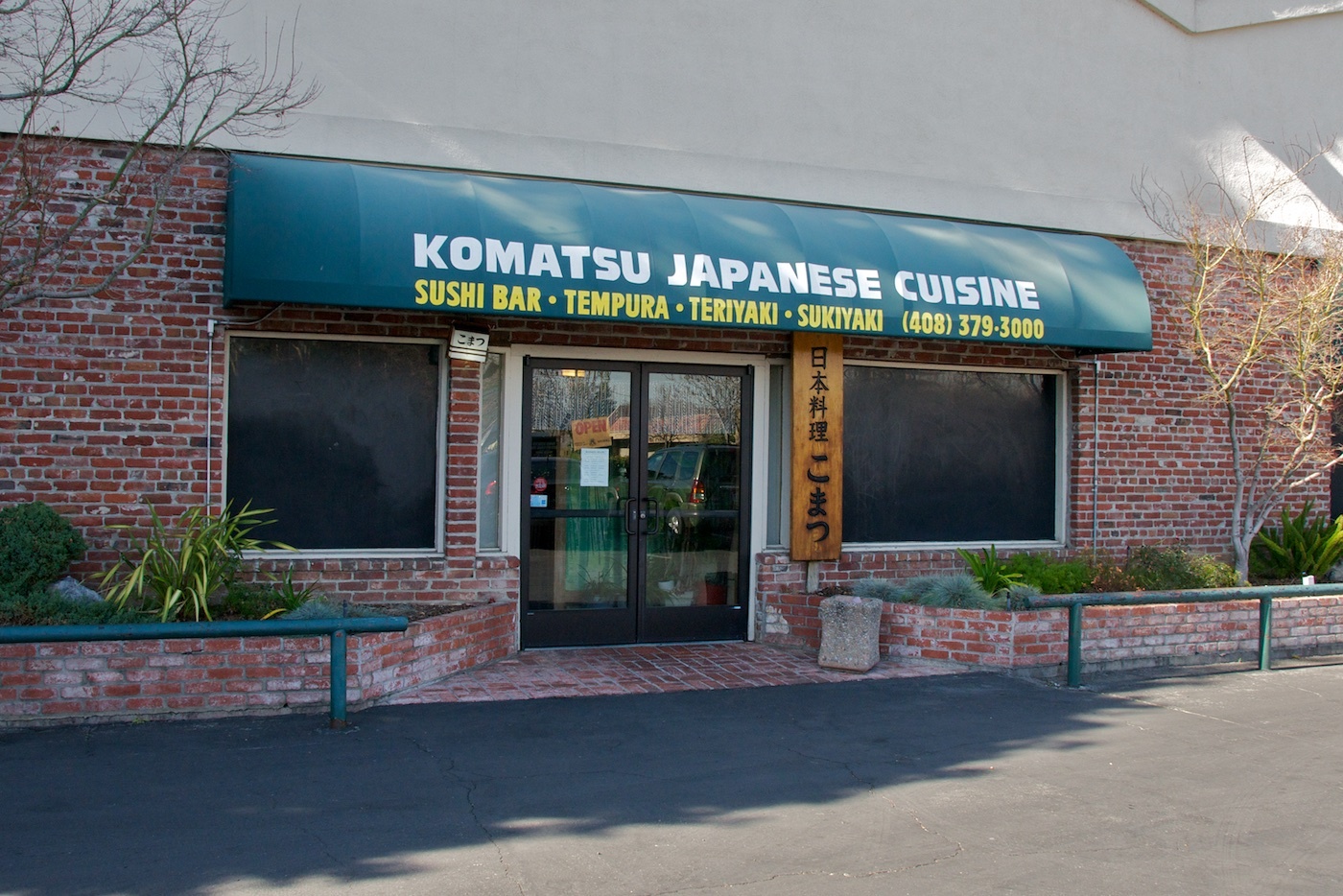 After 40 years serving Japanese cuisine in Campbell’s Water Tower Plaza, Komatsu will close its doors on May 19.

The restaurant at 300 Orchard City Drive is tucked in a corner near the downtown light rail station, the bar Khartoum and a few offices.

Harry Komatsu opened the restaurant in 1977 and owned it until his retirement in 2003. The following year, Ken and Nancy Lin took over and made few changes to the restaurant aside from an expanded menu and a smaller staff.

The Lins said they have spent every day in the restaurant since they took over ownership, with Ken cooking the meals and Nancy as hostess and server. Even their two adult children have served in the establishment.

“It’s for family fun,” Nancy said, adding she’s been able to work peacefully with her husband of 33 years.

“Customers tell me they couldn’t work with their spouse, but we work well together. He’s in the kitchen and I’m with the customers,” she added.

The Lins took over Komatsu after both were laid off from their prior jobs. Nancy worked at a fiber optics company and Ken as a computer programmer.

Ken had cooking experience from his time working at Ozuma, a Japanese restaurant in San Carlos.

“Cooking was a hobby,” he said, adding it was also a business that had steady employment.

Now, the Lins have chosen to shutter the restaurant after their landlord offered them money to vacate and end their five-year lease early.

“We don’t mind the rent, but the landlord told us two years ago they want us to relocate because they need this space for high tech business,” Nancy said. “We don’t know what the economy is going to be like if we stay open.”

Nancy added that business had declined recently, which she says might be because of the restaurant’s low visibility compared to the busy and popular Campbell Avenue strip.

“The downtown is busy,” Ken said. “It was boring before there were more restaurants and people.”

Four Corners Properties owns the Campbell Water Tower Plaza. Last summer the property company received approval from the city council to upgrade the exterior of the building while still preserving its historic architecture and design.

The plaza was the site of the Campbell Fruit Growers Union and the George E. Hyde & Company fruit cannery from 1892 to 1937. The fruit drying business closed in 1971.

As for the Lins, Ken said they plan to take a short break, but aren’t retiring.

“We will miss our customers so very much,” Nancy said. “They are our friends and family.”