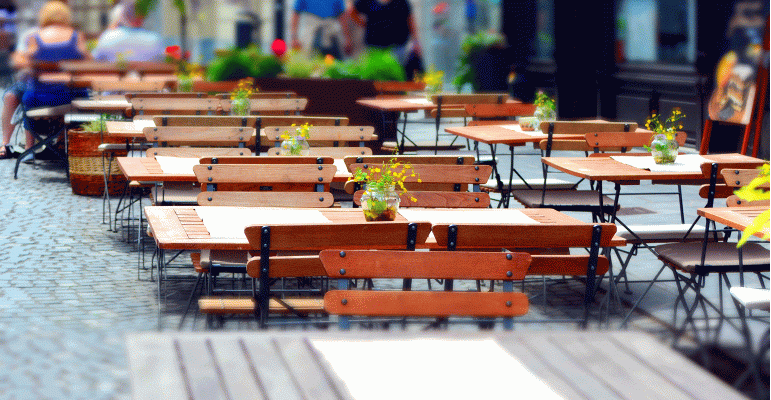 MillerPulse down for 10 of past 11 months, traffic falls 3.5 percent:

Restaurant sales fell again in April, according to the latest MillerPulse index, and experts are puzzled as to the full reasons for the decline.

Same-store sales declined by 0.9 percent during the month, and 0.5 percent on a two-year basis.

Miller has been among those who believe that the widening gap in prices at restaurants and grocery stores are to blame. Restaurants increased prices by 2.3 percent in April, according to federal data, while grocers’ lowered their prices by 0.8 percent.

Consumer confidence, meanwhile, remains at strong levels after increasing earlier this year, according to The Conference Board.

In other words, consumers have money and jobs and are confident in the state of their finances — and yet they’re not dining out.

“All the traditional correlations we look at, the things that make sense, they’re all breaking down,” Miller said.

One potential suggestion is that consumers are opting for more independent restaurants. But data on that theory is mixed, at best. And Miller, for one, doesn’t believe that’s the case.

“We’ve found no convincing evidence on our part that chains are losing share,” Miller said.

Another theory is that the industry has overbuilt. And there is some evidence that restaurants have been adding locations and expanding at a strong clip over the past three years, which might have outpaced demand and led to the declines in same-store sales.

Miller said that restaurants are not alone in their misery. Numerous consumer industries are struggling at the moment, in particular retail. “I think we’re having the same sort of issues that are out there more broadly in the economy,” Miller said. ‘The question is why.”

There is some belief that the industry could pick things up as the year goes on. Comparisons get easier this month and next month, and that could pull sales higher.

For now, however, sales and traffic remain troublesome. Traffic has been generally weak since 2012, but it has decelerated over the past two years.