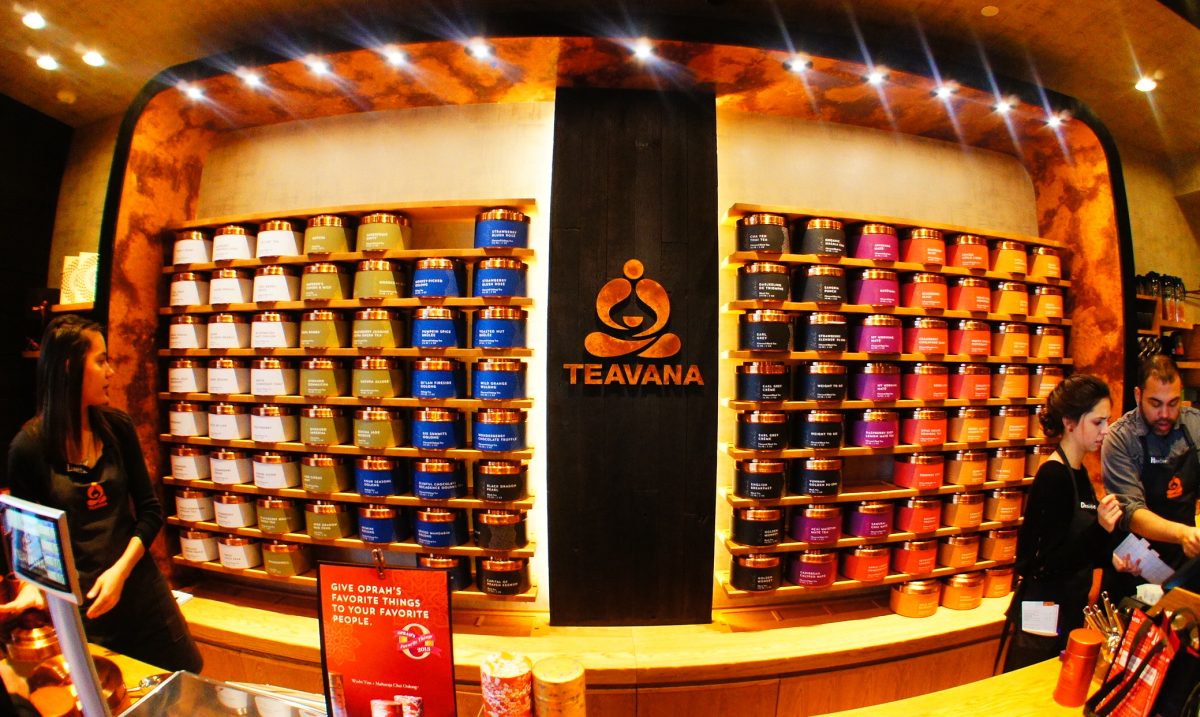 Today’s announcement that Starbucks would close its Teavana outlets (379 stores, 3,300 employees) marks the second time this year that the Mermaid has announced a course correction. Back in February, Starbucks finally gave up on its five-year-old Evolution Fresh concept, a venture it had jumped into on the assumption that the “health” market for cold-pressed juices would grow forever. The juices themselves will remain, but the standalone stores have been shuttered.

Neither venture grew as fast as the company had hoped. The current push is for more and better food offerings.

Earlier today, Starbucks made two significant announcements: record quarterly earnings, and a plan to buy out the 50% share of its Chinese partner, Shanghai Starbucks, for $1.3 billion. Despite the good news, though, SBUX shares fell as much as 5.8% in after-hours trading.

But the real story is Teavana. Starbucks, let’s not forget, started as “Starbucks Coffee Tea & Spices,” and tea is the world’s second-most consumed beverage, after water. So it’s worth taking a minute to remember Teavana. 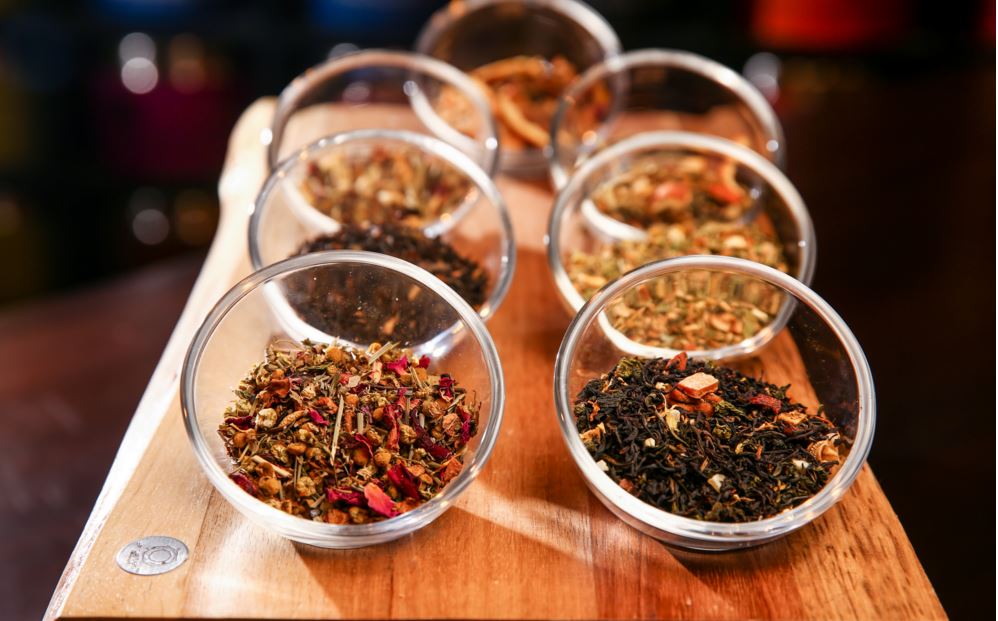 In 2004, a lanky young software salesman named Charlie Cain wandered into a tiny tea shop called Tee Gschwendner in Bad Godesberg, a town outside Bonn, Germany. What he saw there made an indelible impression: 300 different leaf teas for sale! Cain had just read Howard Schultz’s “One Cup at a Time,” in which Schultz recounts his coffee epiphany as he watched Italians drinking espresso (“This could be a real business!”). Now it was tea, “my Howard Schultz moment,” Cain said. He bid farewell to software, said hello to tea, and eventually joined Starbucks.

And it’s not as if Starbucks had never heard of tea; after all, it sold two dozen loose-leaf teas at its first stores before turning to the dark-roasted side and emphasizing coffee.

What goes around comes around. TeeGschwendner has grown worldwide through franchising. Starbucks bought the Teavana chain (over 300 retail outlets, all in malls, no seating) for $620 million.

“With Evolution Fresh, Starbucks got into juice; with La Boulange, we got into baked goods–food of all sort, really,” Cain recalled. “And now, again, tea.” But this time, the tea would have its own, separate locations. It’s a different mind-set, after all. Coffee is seen as an energy drink, tea as a relaxing beverage. Even the name, Teavana, suggests Asian mysticism.

Just as a wine aficionado can wax on (and on and on) about grape varieties, single vineyards, and legendary vintages of vitis vinifera, a devotee of tea can cite literally hundreds of varieties of camellia sinensis leaves (white, green, oolong, black), and their methods of “withering” (steaming, pan-firing, shaking, bruising, rolling, drying, oxidizing). Then there tea-like drinks that don’t contain any C. sinensis at all, like prepared are herbal infusions, rooibos (red teas), and the green-powdered matés.

To compete in the saturated coffee-house market, Starbucks needs new products. Yes, their stores sometimes look like a teenager’s bedroom, littered with lipstick, curlers, sweaters and shoes that all represented some passionate “gotta have this” moment. Hard to forget Vivanno, launched as a response to Jamba Juice; or Tazo. gulped down as a response to Stash Tea. Evolution Fresh was put in place as a free-standing alternative to competitors like Odwalla and Jamba Juice. 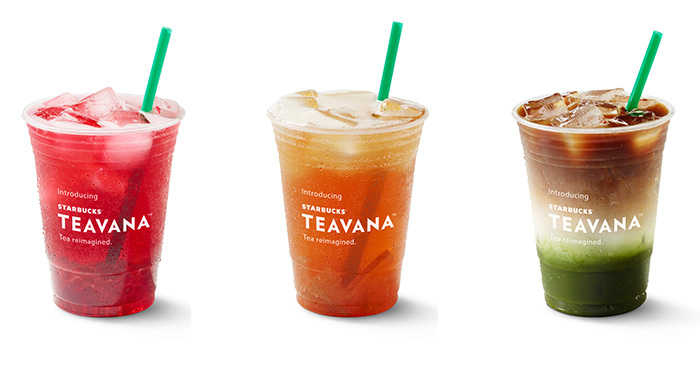 Now Teavana, with its calming, Asian name, and its bits of pseudo-Oriental wisdom stenciled on the walls (“the leaves have stories to tell even before they are plucked for your cup”).

And, just as Starbucks energized the whole coffee shop category of retail, so Teavana, it was hoped, would revitalize the genteel world of tea rooms. The first “new” Teavana opened in midtown Manhattan was an immediate hit. Seattle’s University Village was the second. How many? Up to a thousand, said Charlie Cain, promoted to Starbucks vice president. There was no timeline, though. One cup at a time. They are, after all, the world’s leading retailer in terms of traffic: well over 50 million customers a month visit the Mermaid.

Starbucks stores fill up over the lunch hour with customers who buy a beverage, then often move on to a different store for their sandwich or salad. Slipping away! The answer: more food items. Better food items. To counter the impression that food was an afterthought, Star

bucks started selling baked goods from La Boulange, a Bay Area bakery chain they bought for $100 million. And then dumped in favor of Princi, an Italian bakery and coffee-house chain. 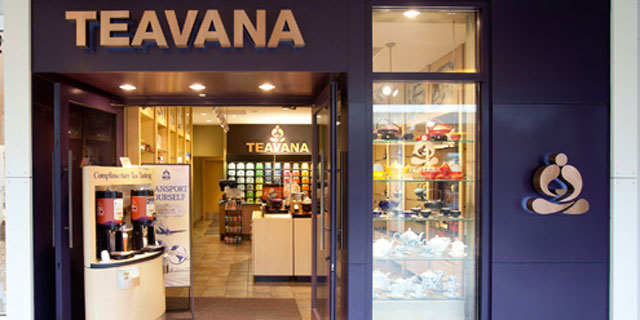 The main attraction at Teavana stores was the “wall of tea,” which featured over 100 loose leaf teas in colorful containers. A “tea authority” was usually on hand to describe each one in detail. The white teas (peachy, silky, delicate, refreshing) include Youthberry: açai berry and hibiscus. And a White Ayurvedic Chai scented with cinnamon, pepper and cloves. The green teas (some are toasted and grassy, others fresh and vegetal) include Gyokuro Imperial Reserve (dark green with chlorophyll, the finest of Japanese teas) as well as Moroccan mint. Oolong teas included “monkey-picked” leaves gathered from the tip-top of wild tea trees at the highest elevation, and include teas flavored with strawberry, coconut, and chocolate. The unit of sale is two ounces, with most teas $10 and under. The full-bodied black teas include the familiar Darjeeling, Earl Gray, and English Breakfast, but the very best ($20 for a two-ounce sachet) is called “Darjeeling de Triomphone, Special Finest Tippy Golden Flowery Orange Pekoe-First Flush” or SFTGFOP1 for short. Kid you not. You see where this is going? 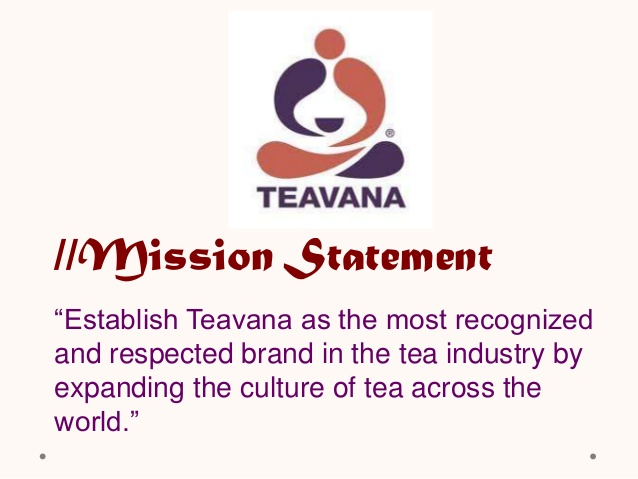 Well, not going well, for all that. Almost all the Teavana stores were in malls, for one thing, and the brick & mortar environment of malls is feeling the greatest pressure from online retailers.

So the company decided that it was time to make a move. Lunch looked like a better bet for Starbucks, and late-afternoon sips of wine. Not for all the tea in China, after all.