Top Dining News in Atlanta for 2018 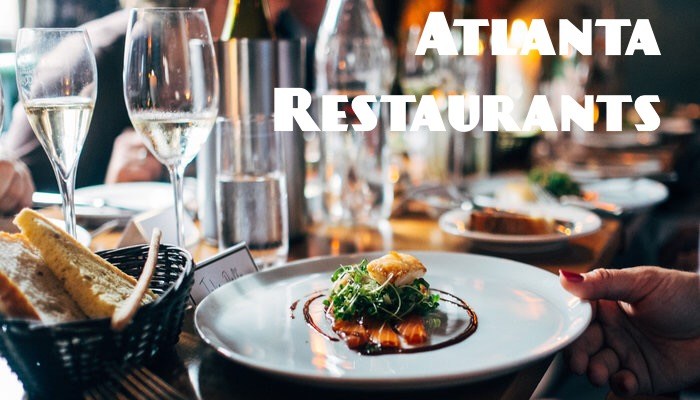 As 2018 wraps up, Eater Atlanta is taking time to reflect back on what has turned out to be a very long year in the news. This year’s dining news cycle saw headlines concerning everything from comedians and rappers taking on Atlanta’s restaurant stalwarts for racial profiling to the passing of the Sunday brunch bill after nearly a decade in legislative limbo.

Here are the most read stories on Eater Atlanta for each month in 2018.

The year started off with the closure of not one but two longtime restaurant staples in Roswell. Owner Bill Greenwood announced his retirement and shuttered Greenwoods and Swallow at the Hollow. It wasn’t all bad news in January. Atlanta’s barbecue enthusiasts were jazzed to learn the team behind The General Muir and West Egg Cafe will open Woods Chapel BBQ in Summerhill.

SNL comedian Leslie Jones caused quite a stir in Atlanta when she took to social media to accuse Buckhead’s Atlanta Fish Market of “the worst service I’ve EVER gotten” and racial profiling, following an undisclosed incident at the restaurant. Another big closure rocked Atlanta in February when perennial date night restaurant One Midtown Kitchen announced it would shutter after 16 years on Dutch Valley Road.

Longtime regulars of Houston’s on Lenox Road in Buckhead were shocked when the restaurant announced it would close after 40 years. Atlanta rapper T.I. ended his boycott of the embattled steakhouse, following allegations of racial profiling. Top Chef Kevin Gillespie dropped the news he will open the beer garden-esque restaurant Cold Beer on the Beltline.

One of the biggest dining shockers in 2018 was the transfer of 20-year-old Southern mainstay Watershed’s ownership from Ross Jones and Emily Saliers to chef Matt Marcus. Later in the month, Atlanta was rocked by the news Jimmy Buffett’s 1,500-acre Margaritaville complete with party yachts was opening at Lake Lanier Islands. Oh, and the first Waffle House to sell beer set up shop at Battery Atlanta.

May brought a lot of news like the beloved El Mexicano closing on Moreland Avenue, chef Kevin Gillespie’s renal cancer diagnosis, Governor Nathan Deal signing the “Mimosa Mandate” into law, and Bagel Palace being forced to close after 25 years in Toco Hills due to greedy landlords.

Summer in the ATL began lightheartedly enough, with Savannah-based sandwich shop Zunzi’s Takeout on Howell Mill Road causing consternation with the neighbors on NextDoor over the use of their motto “Shit Yeah” on the menu. Sadly, two closures monopolized the news cycle mid-month. First, Radial Cafe in Candler Park, followed by Cakes & Ale in Decatur. But, the tragic death of Anthony Bourdain on June 8 dominated the news nationwide throughout the month.

In August, Gunshow executive chef Joey Ward announced his own restaurant in Poncey-Highland at Plaza on Ponce. Restaurant and cocktail bar Southern Belle and chefs counter, Georgia Boy take over the Island Flowers space in 2019. And, this four-stop crawl down Buford Highway got readers excited to partake in pan-fried, soup, and steamed dumplings.

The year-round Spring Break finally went dark at Flip Flops after a decade on Crescent Avenue. Readers mourned the loss of their early twenties and the bar’s frozen daiquiris. Two breweries caused a political firestorm in September: Monday Night Brewing for hosting an event supporting then Georgia gubernatorial nominee Brian Kemp (R), followed by Scofflaw Brewing’s “beer for UK Trump supporters” and the blame game surrounding who really signed off on the absurd PR stunt.

The first full month of fall brought a lot of dining news. Readers were thrilled to learn Food Network star and Marietta resident Alton Brown married Atlanta restaurant designer Elizabeth Ingram. Better Half, which began as a Goat Farm supper series, announced it was closing for good after five years in Home Park. Former Georgia gubernatorial candidate Stacey Abrams (D) dropped by Emerald City Bagels in East Atlanta Village to chat and grab bagels before hitting the campaign trail. However, Christmas bars ruled the news through the end of the year, starting with the announcement that Miracle Bar would have three locations in Atlanta.

Mimosas and Sunday morning brunch dominated most of Eater Atlanta’s news cycle through mid-November, following the passing of the bill by public vote on November 8 and the date the law would finally take effect in the city. Gino’s East set the date to open their Chicago deep dish pizzeria in Poncey-Highland. Then, Neapolitan-style pizzeria Ammazza returned (sort of) to the Atlanta pizza scene when it opened in Decatur. It will eventually reopen the original restaurant on Edgewood Avenue. But, a rooftop skating rink complete with igloos, s’mores bars, and bottle service on top of Ponce City Market broke the internet.

December was all about the holiday bars — all eight of them. Chef Darius Williams of Greens and Gravy in Westview saw long lines at the opening of Soul Crab in College Park — his new seafood-by-the-pound soul food restaurant. Bioluminescent ramen had readers scrambling for tickets to the sold out Old Fourth Ward pop-up Nakamura.ke. 2018 ends with a bit of dining controversy: the possible demolition of two historic downtown Atlanta buildings for a Margaritaville Vacation Club and the closing of Little Five Points Tex-Mex restaurant Tijuana Garage and the alleged firing of its staff at the holiday party.