DC Restaurant and Bar Closures of 2018 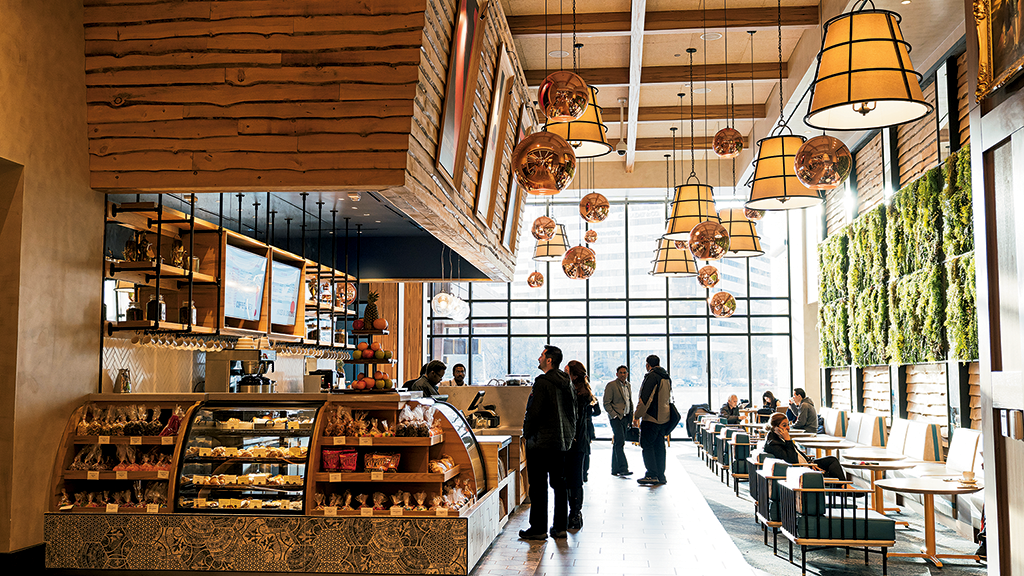 Ranked below are the biggest DC restaurant and bar closures of 2018.

It was dingy. It smelled weird. It may have been “the worst restaurant in the country,” per one of the many, many one-star Yelp reviews. But DC’s only TGIF left a big ol’ booze-filled hole in the hearts of GWU students when it went dark in October. (Apparently the place didn’t ID and served “cup[s] full of alcohol for less than $10,” according to one.)

This year’s shortest-lived venue was Drink Company’s Rick and Morty-themed pop-up bar—it lasted a day before Turner Broadcasting/Cartoon Network shut it down via their lawyers. Owner Derek Brown’s solution: invite heavy metal band members from Gwar to destroy the cartoonish decor, and erect Gwar bar in its place.

AmCity was a Chevy Chase fixture for over 30 years. After owner Jeffrey Gildenhorn passed away in 2017, his family had a tough time keeping the old time-y space afloat. Local entrepreneur/restaurateur Steve Salis purchased the building. The exact concept replacing the diner hasn’t, though UrbanTurf reports Salis told the neighborhood ANC it’ll be “approachable but sophisticated.” Could it become Ted’s Bulletin? Salis acquired the local diner chain last year.

Bryan Voltaggio nixed his last remaining DC restaurants in the spring, marking the end of an era for the celebrity chef. Voltaggio’s empire has shrunk considerably in recent years, and Washington Business Journal reported last week that he owes over $3 million in rent and loan payments for shuttered Aggio and Family Meal branches in Baltimore. Still open: his flagship, Volt, and MGM steakhouse with chef/brother Michael Voltaggio.

One of DC’s longstanding Ethiopian restaurants shuttered in August after 14 years. The closure was, in some ways, a double loss. The Tesfaye family had recently attempted to reinvent their eatery as a modern Ethiopian venture headed by chef Christopher Roberson. In the end, knife-and-fork kitfo tartare never drew the same crowd as Etete’s classic tibs. The family has since reopened the Shaw space as a bar and event venue.

The top transformation of 2018 goes to Victor Albisu, who closed his South American grill in March to make way for two Mexican concepts: the first DC branch of his NoVa taqueria chain, Taco Bamba, and new finer-dining sibling, Poca Madre.

Once the recipient of a James Beard America’s Classics award, this Dupont Circle lunch counter was an active institution for 37 years. Owner Art Carlson shuttered the business in November, citing an “odious” policy from the landlord regarding patron’s use of the building’s bathrooms. He says he’s looking for a new home for the luncheonette, though it’ll be tough to find one with such character.

2018 wasn’t a good year for DC sandwich shops. DGS Delicatessen, Smoked & Stacked, and Beef N Bread all called it quits. The biggest closure came from hoagie chain Taylor Gourmet, which shuttered all 17 of its DC-area storefronts in September. The shutdown happened as Connecticut-based private equity firm KarpReilly, which invested over $5 million in the company, pulled out. The chain may have expanded too fast, but some insiders also suggest a meeting between owner Casey Patten and Donald Trump was the beginning of the end. But hey, if you’re still craving a Locust Street, the Taylor at Reagan Airport remains open thanks to a management contract.

The demise of Mike Isabella’s once-$40 million restaurant empire happened in less than a year. The celebrity restaurateur and his top business partners were slammed with a sexual harassment lawsuit in March by former manager Chloe Caras; it was settled two months later for an undisclosed sum. More than just a #MeToo reckoning, the lawsuit exposed the existing cracks in MIC’s business structure and dealings. Since the spring, the company filed for bankruptcy (twice); shuttered nearly a dozen restaurants and a massive food hall; and ultimately dissolved amid infighting over who should control—and possibly save—the restaurants.