Higher temperatures bring out the crowds for restaurant week in Kenosha, WI 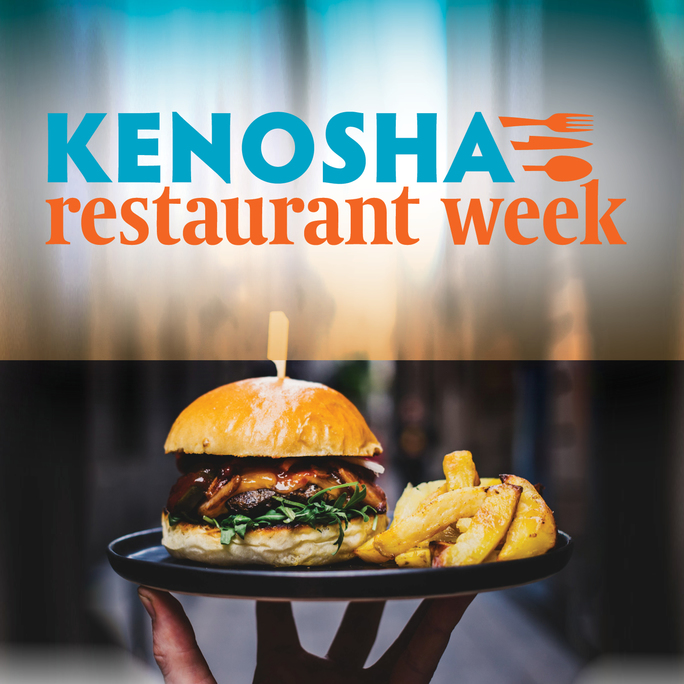 Rebecca Madorna and Liz Schneider of Kenosha found the best way to thaw from last week’s deep freeze on Sunday was to take a hike around town trying various foods and beverages.

And, the serendipity couldn’t have come at a better time as the area kicked off Kenosha Restaurant Week, which began Saturday and runs through Feb. 10.

“I was at Sazzy’s (Sazzy B’s) for brunch, and then (Mike’s) Chicken and Donuts and The Buzz,” said Madorna as Schneider chimed in to list just a handful of the 40 restaurants participating in the annual event that celebrates the area’s diverse culinary creations and libations for nine days.

By 5 p.m., they had made it to Century Pub & Eatery, 5511 Sixth Ave., for drinks and to watch the Super Bowl, and they had planned to go Slip 56 Bar & Galley later that evening.

“We’re hopping,” Madorna said, “because we can.”

That’s something they didn’t dare do last week, with the worst of the weather — a deep freeze that had record-breaking cold temperatures plummeting into the minus 20s — Wednesday and Thursday night, not to mention the nasty 50-below windchills that closed schools and other businesses.

“We’re out, and I know a lot of it has to do with the weather,” said Madorna, who resides in Kenosha and works in Chicago. “I’ve been working at home for three days.”

Schneider had asked Madorna what she was doing on Sunday and her response: “I am out today.”

“We needed to get out and about,” Schneider said. One text later, and they were at The Buzz.

Madorna, who previously worked at The Buzz as a cook, said that Restaurant Week happening this time of year is quite fortuitous because it usually happens after the bad weather.

“I have lived Restaurant Week, and truly, this is what happens. It’s a bad week before, the weather sucks, it doesn’t matter what it is … it’s freezing. It’s nasty. There’s a snowstorm,” she said. “Then, literally, it happens. It’s like 40 degrees … everybody has a little cabin fever, so they come out.”

Ray Carreira, who manages Century, said that along with the week’s promotional fixed-price menus, the better weather has helped draw out more people. On Sunday afternoon, Carreira said they had a nice lunch rush prior to the Super Bowl.

“Compared to last year’s (event), there’s been a lot more people,” Carreira said. “And, we’ve had the pre-game channels playing all day.”

He said a few people said Sunday was the first time they had ventured out of their homes in a week, as the biggest snowstorm of the year last Monday preceded the deep freeze. The restaurant did close for two days during the freeze.

Restaurant owner Ron McGill said giving visitors and locals the opportunity to experience different restaurants, sometimes for the first time, is the true strength behind the weeklong-plus event.

“Honestly, we got killed last night,” McGill said, referring to the packed house he had on the first day of the promotion. “It was very good. I was very impressed with it. Just the response, more people are hearing about us and our staff and everybody’s great. People are coming in.”

At Elsie Mae’s Bakery & Cannery, 5819 Sixth Ave., coupled with the event, nicer weather and the fact that the business reopened Friday after its January hiatus brought in more people, according to business manager Krista Rumfield.

“We have been pretty busy. A lot of people, especially new visitors, have come into our shop,” said Rumfield of the bakery, which not only makes sweet and savory pies, but also jams and other specialty canned offerings.

“We probably have seen about a 20 percent increase over our standard days for Restaurant Week,” she said. “It was good to see everybody coming in.”

La Fogata Mexican Grill, 3300 Sheridan Road, which closed on Wednesday during the subzero temperatures, saw an uptick in customers, new and old.

“You can tell people are glad to be out. You’re cooped up for a two- to three-day span, yeah, there’s definitely more people out and about,” said manager Adam Rocha. “We shut down on Wednesday out of concern for the safety of our guests and the staff.”

But, Restaurant Week promotions have given people a reason to come out of the cold.

“It’s exciting, because people who don’t typically go out to eat are coming in,” Rocha said.

And, of course, there are the regulars who love the specials and the company and the camaraderie. When the restaurant reopened on Thursday, Drake Kleinschmidt and Aaron Benson, both of Kenosha, were there.

“I’ll tell you, it was negative 20 the other day, and we still came here to eat,” said Kleinschmidt, who was enjoying a margarita with chips and salsa. “The atmosphere is just so great. We live in Wisconsin. The weather can’t slow us down, you know?”

Benson said he, too, ventured out on Thursday.

“Honestly, when you spend the whole day in the house and it’s cold, you can’t go anywhere — it’s good to get out,” he said.