Popular Southeast LA chef Thomas Ortega (Amor y Tacos, Playa Amor) is adding another new restaurant to his repertoire this week. It’s called Amorcito Taqueria, and it opens inside the LBX Hangar property in Long Beach, a mixed-used development stuffed with other restaurant ideas. Unlike Ortega’s sit-down restaurants, Amorcito taqueria is all fast casual, doing sub-$3 tacos, burritos, fries, and the like. It’s also the first time Ortega will be doing al pastor at any of his restaurants. Amorcita is open now for lunch starting daily at 11 a.m. and running until 3 p.m. weekdays, 5 p.m. Sundays, and 8 p.m. on Friday and Saturday night. 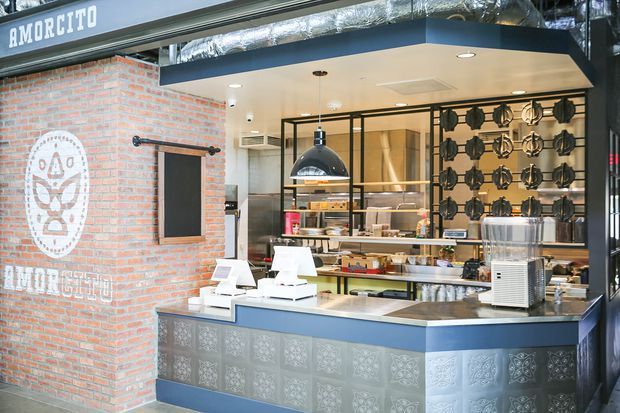 Los Angeles Magazine has weighed in on the issue of restaurants going cashless. The topic has become a prominent one as restaurants from Petit Trois to Sweetgreen opt to only allow customers to pay with cards, but issues of access, affordability, and who cashless restaurants are leaving behind remain.

Yellow Vase has opened a bright new location at South Coast Plaza in Orange County. The micro-chain does baked goods and cafe staples from omelettes to salads and sandwiches daily.

Neon-tinged Los Feliz brunch option WKNDR has closed with little fanfare. The place is now papered over, and Yelp says it’s a lost cause.

Blue C Sushi has also closed in Hollywood. The location near the Arclight off Sunset Boulevard is fully shuttered, with no indication as of yet what’s next for the property.

Updates near the water

Out in Santa Monica Toddrickallen is pouring over some new intel on a variety of quick service places come to the city. There’s Halo Top and La Colombe and more, all arriving likely this year.

Brunch is on at Alta Adams this weekend. The restaurant is doing Saturday and Sunday service from 11 a.m. to 2 p.m..