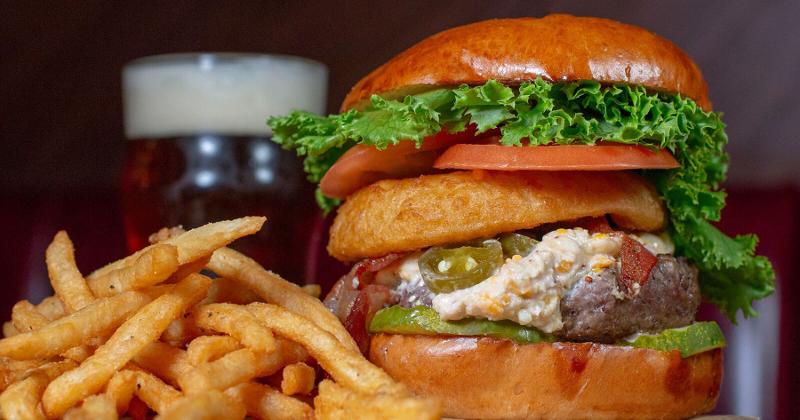 The Michigan-based concept will open a unit in Holland, Mich., in a couple of months—an area of the state that hasn’t previously been home to a HopCat. Other real estate deals are being negotiated, he said.

HopCat opened its first unit in 2008, with 49 beers on tap, more than 150 bottled offerings and “food your mom would make if she liked craft beer,” according to the company.

It views independent craft beer establishments as its chief competition, because each one of its stores is designed to reflect an indie vibe with unique decor and no employee uniforms, Sellers said.

“The interior is different at each location,” he said. “That no-cookie-cutter approach makes build-outs more expensive, but it gives customers something interesting.”

“Nobody has complained,” Sellers said. “It’s better to have a 7,000-square-foot restaurant that’s got a wait to get in than a 12,000-square-foot building that doesn’t have a wait.”

As it grows, HopCat is expanding its takeout program, but it has no plans to get into third-party delivery, he said.

“We see a lot of red flags with delivery,” he said. “We’ve tested it a bit. We’re not really sold on delivery. It works for Domino’s, but not for us.”

He cited high fees, loss of quality control and branding issues among the company’s reasons for avoiding delivery.

Plus, with a mix of 55% food to 45% alcohol sales, there hasn’t been a major incentive to mount a delivery push, he added.

HopCat garnered press recently for announcing the decision to change the name of its well-known Crack Fries to Cosmik Fries. The recipe remains the same.

“I’ve always run the company to try to be a good citizen of the world,” said Sellers, adding that HopCat composts nearly 90% of the waste it generates. “I like making a profit, but I want to feel good about myself when I wake up in the morning. I just didn’t feel good about them having that name anymore.”