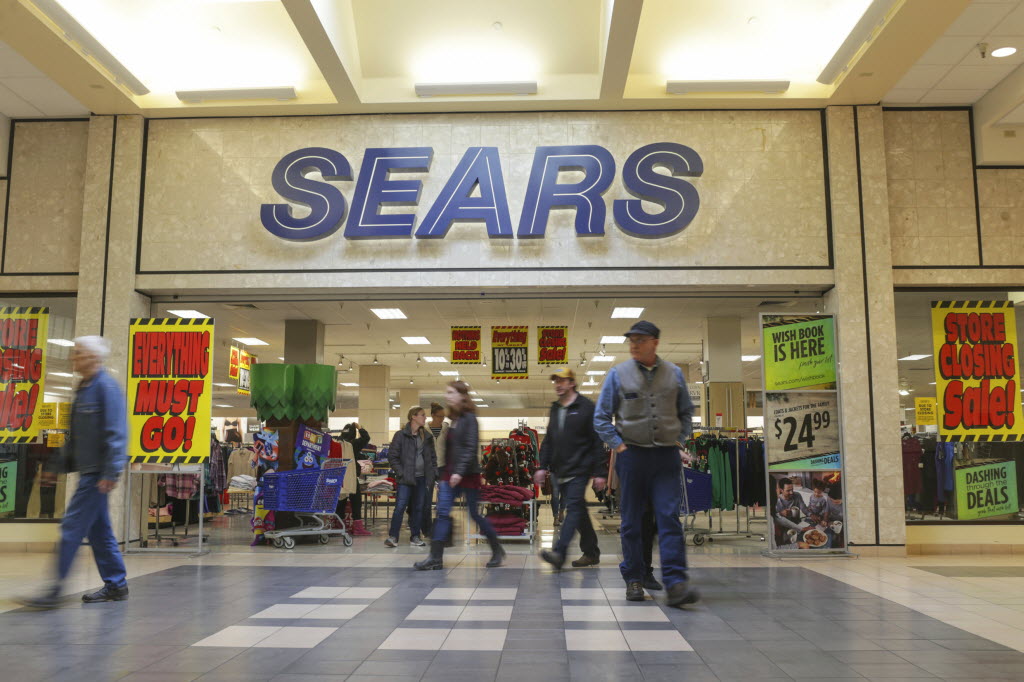 Stores are going belly up all over North America.

The ‘retail apocalypse’ is a reality for every outlet from Abercrombie to Zellers, with select store closures for some and a total chain fail for others.

In the U.S., dozens of retailers have come and gone. Others such as Gap and Victoria’s Secret are thinning the ranks by closing less successful stores.

Here in Canada, we’ve witnessed the Sears debacle and the end of such chains as Payless Shoes, Town Shoes, Nine West (what is it with shoes?) Home Outfitters, Jean Machine, Claire’s jewelry and so on, and so forth.

How bad is it? Really bad.

It’s only April but in America it’s been announced already that some 6,000 stores are closing. That same number closed over the whole year in 2018.

The bad news is the crowd of retail workers out of a job. The good news — sort of — is that Canada isn’t feeling the pinch quite as badly.

The retail apocalypse is less terrible here in the True North than it is for our American cousins. Malls, for example, which sit empty and even abandoned in some U.S. cities, still have a vibrant life here. And international retailers hoping to conquer the world often start out in Canada on a trial run.

According to retail-insider.com, luxury brands and other international retailers continue to come here, often entering the competitive fray via Yorkdale, which rakes in the most money of any shopping mall in Canada.

So what’s the big difference between U.S. and Canadian retail?

“The main difference I see is that the pure scale of the population of the USA and the relative wealth of the population drove the country to get over-saturated in retail,” the Canadian-born, Washington D.C.-based Jardine said in a recent interview. “Favourable import tariffs with China and India, Vietnam etc. allowed for the vast availability of cheap goods and the eventual commoditization of the apparel category, fed by the ‘more is more’ cultural orientation.”

“The aggressive competition for foot traffic to support the bricks and mortar overhead as online became more important created a promotional frenzy and dependency,” she said. “That addiction got built into the prior year results and had to be ‘anniversaried’ into the sales results every year. I think that makes the USA unique from any other country in the world.”

Canada, on the other hand, “has not had the population to support being oversaturated in retail space and has a very different import tariff system which has regulated inexpensive imports from China. And Canadians have traditionally leaned towards a ‘less and better’ orientation,” Jardine explained.

The stores that do survive — south of the border — tend to be either high-end or low-end, with the middle market getting decimated. So you can still browse in person at Dollarama or Holt Renfrew.

The demise of brick-and-mortar stores has many causes, and not just online shopping. Shopping isn’t going away, but habits change. If your disposable income goes to take-out, Netflix and Apple Music, then you aren’t buying another pair of jeans.

The ever-widening gap between rich and poor has as much to do with the fate of stores as anything else. The middle class is getting squeezed into non-existence, and that represents a change in shopping patterns.

Consider all this a social change. Endless shopping and conspicuous consumption are fairly recent developments, and in some quarters they’re waning.

Old people — all those damn baby boomers — shop less as they enter their twilight years. Or the twilight zone, or wherever it is they reside.

Young people, such as millennials, already shop differently, preferring to spend on experiences rather than possessions. And when they do shop for specific items, they opt for quality and social value over quantity.

What will become of all the empty storefronts?

Like churches, physical stores will one day outlive their social purpose. Maybe stores can become condominiums too?

Just where the ‘town square’ will be once it’s no longer the mall or the High Street shops is a mystery.

Since ancient times, however, what people want has remained pretty much the same: bread and circuses. We all need to eat and we all like to be amused.

So maybe it’s no coincidence that Eataly — the wildly popular global purveyors of Italian comestibles — will open their first Canadian market and restaurant in Toronto’s Manulife Centre later this year.