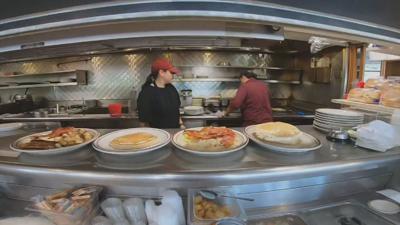 PHOENIX, AZ — Customers have been going to Jerry’s Restaurant in Phoenix for 53 years, but the good times at the popular diner will be coming to an end.

Sue O’Grady of Phoenix said there’s no place like it.

“You go have a milkshake, tea, coffee and pie and just talk,” said O’Grady. “It’s such a shame we’re going to lose that.”

Jerry’s Restaurant is located at 24th Street and Thomas Road.

“It does feel like it’s part of a family and community institution,” said customer Jim Diaz. “You don’t see that very often anymore.”

Whether it’s the smell of bacon and eggs or the waitress who knows your name, customers keep coming back.

The iconic diner will be closing its doors for good in a couple of weeks.

The property was recently sold, and the family that owns Jerry’s decided it was time to close the kitchen.

Alicia Salazar has been working at the diner for 24 years and considers it her second home with a lot of regular customers who feel like family.

“I meet a lot of families and beautiful kids,” said Salazar. “When they were little, I used to cut their pancakes for them, the happy mouse face, and now they are bigger than me.”

Laura Miramontes has been eating at Jerry’s since 2003. She drives there from Avondale once a week, and can’t imagine finding another place like this.

“When I found out it’s closing, it’s sad,” said Miramontes. “That’s a lot of memories.”

Some folks in the neighborhood actually started a petition drive to keep Jerry’s open. the owner said as flattering as that is, it’s time for his family to move on and close the kitchen.

The last chicken fried steak will be served June 12.

The new owner says the property will become a car wash.