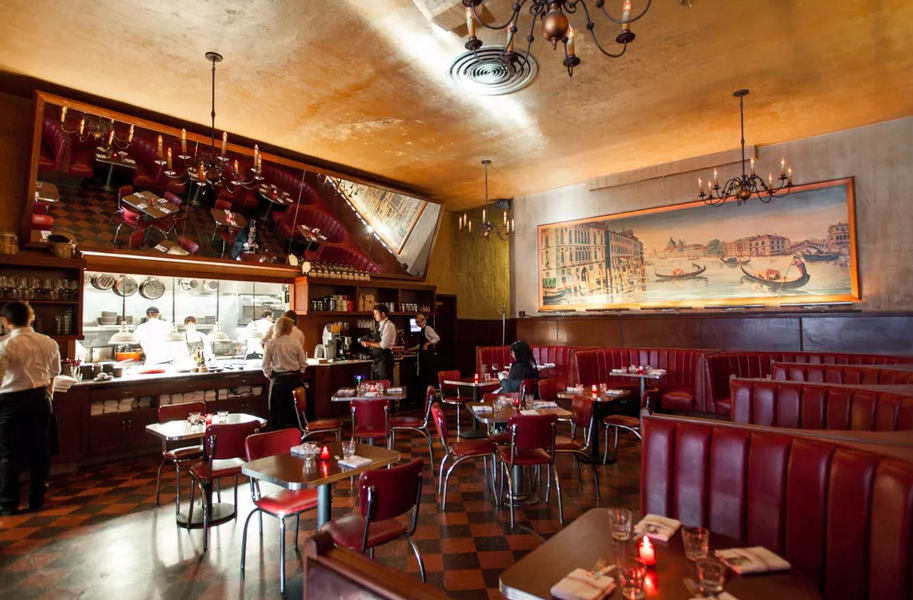 Classic North Beach bar and restaurant Tosca Cafe has served its last supper under chef/owner April Bloomfield. Customers at the restaurant on Saturday night were told that Tosca was closing, and that Bloomfield was in the kitchen for its final service. The bar portion of Tosca will remain open a bit longer, offerings admirers a few more opportunities for a sentimental return.

Tosca was among the last restaurants run by Bloomfield, who separated from her business partner, NYC restaurateur Ken Friedman, after more than ten women came forward to accuse him of sexual harassment. When Bloomfield and Friedman split, Friedman retained control over most of their East Coast properties, like the now-infamous (and still-running) Spotted Pig, while Bloomfield kept Tosca, a now-closed restaurant in Los Angeles, the Hearth and the Hound, and NYC’s John Dory Oyster Bar (also closed) and the Breslin (still open).

Eater SF has reached out to Tosca for comment on the closure and awaits a response. But financial difficulties appear to be at the heart of the matter. Vendors tell Eater SF that the restaurant has been behind on payments for months. Tosca management confided in them that “financial struggles” had become serious, according to emails shared with Eater SF.

Difficulty for Tosca began soon after Friedman was accused of harassment. Key staff like chef Josh Even and manager Dana Katzakian quit the restaurant, following a failed bid to purchase the business from Bloomfield and Friedman.

It’s a long fall from the heights of 2013: Bloomfield and Friedman were hailed as saviors when they bought Tosca from longtime proprietor Jeanette Etheredge, seeming to ensure its future. The deal to keep the 1919-founded business alive was reportedly brokered by actor Sean Penn, just one of many A-listers known to frequent Tosca’s fabled, friends-only back room over the decades. Bloomfield revived the establishment’s long-dormant kitchen, offering a menu of upscale, well-received Italian food. The new owners restored elements of the dining room and bar, but retained key aspects of the atmosphere, like an Opera-playing jukebox and a large metal coffee urn serving Tosca’s famous House Cappuccino, an armagnac and bourbon-fueled drink with no espresso to speak of.