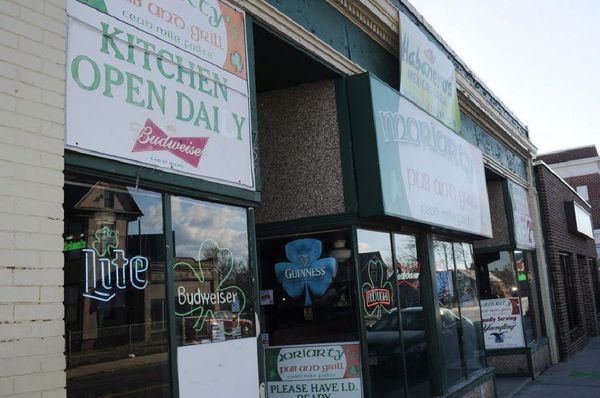 Michael Moriarty, the owner of Moriarty’s Pub and Grill on Liberty Street, said Friday he is giving up on the Hungry Hill business and will close by the end of the year.

“I’ve had enough,” said Moriarty, who has owned the bar at 755 Liberty St. for nine years. “The culture has dramatically changed in that neighborhood since I bought it. Crime in the neighborhood is a major concern.”

A karate studio is planned at the current site in place of the bar, Moriarty said.

The city shut down Moriarty’s Pub for eight days in July over a May incident in which someone fired a gun outside the bar. There were no injuries. The License Commission suspended the bar’s liquor license, finding that the business failed to provide proper management and security.

At the time, Moriarty accepted the penalty but added: “I think it’s BS; I think it’s ridiculous.”

It was “kind of a scary situation” to run a bar knowing that there could be trouble and that the business could be closed as a result, Moriarty said.

“I respect and admire the administration on their handling of bars,” Moriarty said. “City officials have done their diligence. But it’s way too scary these days to know you can be closed down.”

Moriarty also said the economics of operating a bar in Springfield are challenging.

Mayor Domenic J. Sarno declined comment Friday, but had previously been critical of the bar.

Regarding the May 26 incident, police said there was lax security at the bar when a person entered with a gun near closing time. A patron led the person out and shots were fired a short time later, police said.

The bar did not have two security people on duty that night, as was required on Thursday, Friday and Saturday nights under the bar’s security plan. In addition, patrons were not being wanded by a metal detector, as required, police said.

Police said they were told that a bouncer did not show for work and Moriarty had left the bar prior to the incident.

In addition to the eight day suspension, the mayor had an additional suspension of the bar’s entertainment license held in abeyance for one year, to be dismissed if there was no further trouble. Moriarty said he appreciated that consideration as an eight-day suspension “hurt hard enough.”

Bars need to renew their liquor licenses annually. Moriarty said he will not renew.