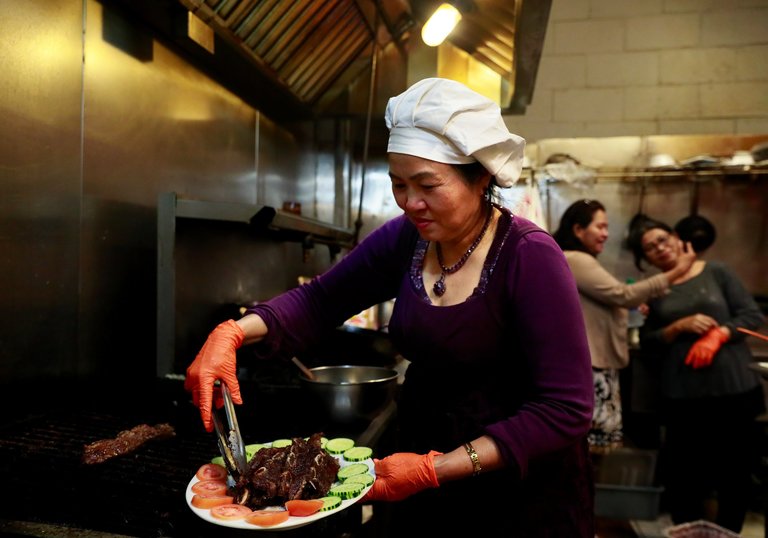 Yes, here are more recent Seattle restaurant closures, and local food fans will also want the details on the departure of longtime favorite Sitka & Spruce, coming at the end of this year. But note that Seattle’s restaurant boom continues on, at least for now — with this latest list of five Seattle-area restaurant closures comes a counterpoint in the form of 15 concurrent openings, plus three new bars, since our last tally a month ago. To the goodbyes …

Palomino downtown and Henry’s Tavern in South Lake Union, Sodo and Bellevue: Houston-based corporate restaurant behemoth Landry’s ate up the smaller, bankrupt Seattle-based Restaurants Unlimited recently, but not in time to save downtown Seattle’s Palomino or the three local locations of chain Henry’s Tavern, all of which closed abruptly at the end of September. A manager at Palomino said that the restaurant had been open for 30 years, and that staff had learned of its demise with just two days’ notice — condolences and best to them, as well as all the Henry’s employees left in the lurch. Two corporate contacts did not return calls for comment, perhaps not at liberty to care. The branch of Palomino in Bellevue Square closed this summer, and the San Francisco Palomino recently shuttered for good as well, as did the Henry’s Tavern location in Portland. As for Stanford’s in Northgate, it’s already been sold to yet another restaurant management company and is slated for renovation.

Little Uncle on Capitol Hill: The tiny Madison spot that served some of Seattle’s very best Thai food is no more, and more’s the pity. Owners Wiley Frank and Poncharee “PK” Kounpungchart started Little Uncle even littler, first running it as a pop-up, then opening in 2011 as a to-go-only window before moving just down the street in 2016. That last move qualified them as new enough — and their greatness was great enough — to land Little Uncle on Bon Appetit’s list of the top 50 best new restaurants in the country that year. (Frank and Kounpungchart also starred in our “Love & Restaurants” list of industry sweethearts that Valentine’s Day, telling us how their first date involved a lot of $1 tequila shots at Flowers on the Ave.) In a lovely goodbye on Facebook, they thank everyone for allowing them “to spend the past 9 years exploring Thai cuisine,” then wax philosophical: “We feel that Little Uncle has reached a state of contentedness and being who we are, we ask ourselves, ‘What is next?’ ” The answer: “We need to move on and feed our curious minds,” with hints that their fans may be able to join them again at points along the way. We hope so! It sounds like something special is in the (eventual) works with Bahn Ya, their 11-acre Vashon Island property. And someone as-yet-unnamed will indeed be taking over the Little Uncle space — more to come.

Peso’s on Lower Queen Anne: After 21 years in business, the Seattle staple mostly known for its party-time bar scene is no more. Its sister restaurant, Toulouse Petit, remains open, with an employee there indicating that the Peso’s closure was sudden and distressing, and that it was unlikely that further information would be forthcoming. Condolences and best of luck to the former Peso’s employees, and regards to their friends picking up the pieces at Toulouse Petit.

Queen’s Deli in White Center: A cake, speeches and hugs honoring chef Chanthorn Yin’s dedication to customers, friends and family marked the closure of Queen’s Deli after more than a decade, Seattle Times photographer Erika Schultz reports. Queen’s Deli served popular beef skewers, sour soup and chicken curry, also functioning as a gathering place for the local Khmer community, with customers and friends helping out during the final days. Yin departs to care for her 90-year-old mother, and there’s hope that some of the communal culinary tradition she started may carry on — a new owner plans to open a restaurant called Khmer Apsara in the space.

Sugar Plum on Capitol Hill: After 15 years operating in a 15th Avenue East storefront — starting out as Hillside Quickies Cafe — chef Makini Howell has closed the vegan-bakery-and-ice-cream shop she most recently installed there, according to Capitol Hill Seattle Blog. Howell told CHS that Sugar Plum would relocate, but no details on that yet. Her nearby vegan-restaurant mainstay Plum Bistro and newer salad bar Plum Chopped carry on.

Mercato Stellina near Pike Place Market: Open only since the end of last year, the Seattle branch of Mercato Stellina seems to have disappeared overnight. “They were open during the afternoon,” a tipster related recently, “but at some point last night, a truck came in and cleared everything out. This is a mystery to us neighbors.” The mystery endures, with an inquiry about the details of the closure going unreturned. The Bellevue Mercato Stellina remains open.