9 much-missed Norwich restaurants that have closed over the years 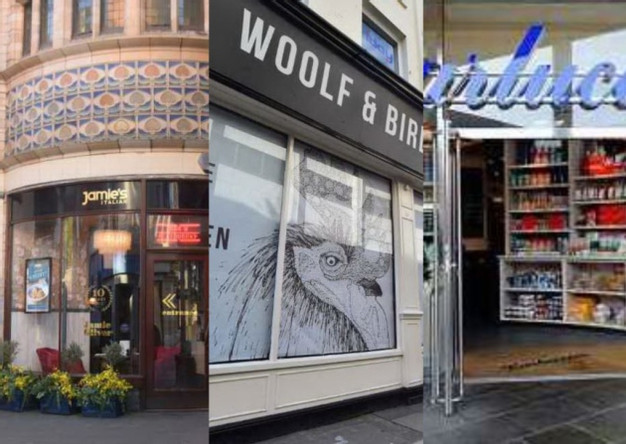 Here are nine Norwich restaurants and cafes that left a hole in the high street when they closed, suggested by members of the Norwich Remembers Facebook group and based on reader reactions at the time of closure.

1 Pizza One Pancakes Too

This former Tombland restaurant enjoyed its glory days in the 1990s, but is still fondly thought of by many city dwellers who can remember eating there. Zizzi occupies the same space today.

Purdy’s was a trendy 60s coffee shop which was part of the original Westlegate development and open 24 hours a day for a time. These days if you want to stop for a drink and a bite to eat on Westlegate you could try Warings.

Closing earlier this year, the loss of Jamie’s Italian has changed the face of The Royal Arcade. Missed by many as a friendly family restaurant the city awaits information on what will take its place.

This chicken restaurant was formerly located on Exchange Street. While Norwich isn’t short of places to get fried chicken, Woolf and Bird offered something a bit different with their free-range ethos and commitment to quality. It closed last year.

A traditional fish and chips shop that resided on Timber Hill in the 70s, Valori’s Fish and Chips is now long gone – but still fondly remembered. If you’re peckish on Timber Hill in 2019 then check out Middletons Steakhouse or Donelli’s Pizza.

The Norwich branch of the Italian chain restaurant, which was located in Chapelfield shopping centre, closed just before Christmas in 2018 as part of a restructuring of the company.

A Mercedes Benz pop-up shop is currently occupying the site.

This restaurant and hotel was considered to be something a bit special by locals and many were sorry to see it go when it closed its doors in 2012 after 25 years in the city. It was located on St George’s Street in a grade two listed building.

The original Thai On The River Floating Restaurant closed in 2017. The boat it operated from was later taken over by Vagabond Cafe and Restaurant after months of refurbishment work, but that too has now closed.

Steers was an American Diner located in the city centre near Jarrold. Locals who miss the relaxed atmosphere and meaty meals could try Captain America’s, Ed’s Easy Diner or Coast to Coast instead.