Cincinnati Restaurants that didn't make it to 2019 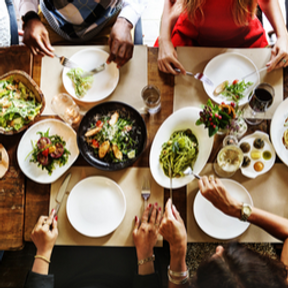 The restaurant business isn’t an easy one. Good food and service are just the start. Success needs good management, affordable rent, not too much competition and good word of mouth. Many restaurants get only a few years in the game, some even open and close in the same year. Others last it out for decades. The restaurant closings in Cincinnati this year included some short-lived restaurants plus a few iconic names.

The Celestial in Mount Adams closed in July after 55 years of dinners with spectacular views. Funky’s Catering (which owns The Transept and The Pinecroft facilities) is converting it into a catering facility.

Barresi’s in Deer Park closed, ending an especially long restaurant tenure. It had been serving Italian food since 1975, with various additions to the building along the way. No news on whether anything will re-open in the space, or whether you will ever eat their delicious zeppoles and cardinale sauce again.

La Petite France closed in April after more than 30 years. Owner Danielle Crandall retired to split her time between here and her native France. The space will become an Asian restaurant.

Then La Petite Pierre in Madeira closed. Now no one will ever get the two La Petite restaurants mixed up again. It was originally opened by sisters Suzy DeYoung and Michele Vollmann, almost 30 years ago, as a cafe and catering business. DeYoung now puts her energy into her La Soupe non-profit and Vollmann is retiring. Chef Eric Polhamus is now at the newly-opened Branch in Walnut Hills.

Pomodori’s was the first place in Cincinnati to serve pizza cooked in a wood-fired oven. They opened in 1985, so they did it for many years before anyone else got the idea. The Clifton Heights location closed a few years ago, and this year, the Montgomery location also closed.

Palomino had overlooked Fountain Square for 20 years. It closed in October over a lease issue, part of the emptying out of the Macy’s building Downtown. Anyone have a recipe for the mushroom soup?

The Green Dog and Buz in Columbia-Tusculum closed when owner Mary Swortwood opened a new place, Blackbird Eatery, in O’Bryonville.

The Green Derby in Newport is closed. A phone message says they might reopen.

Montgomery Inn in Fort Mitchell closed after 17 years in that location, after the Drawbridge Inn closed, which was the source of a lot of its business. Still open in Montgomery and at the Boathouse, of course.

Maribelle’s in Oakley closed this year. It began life as a bar with surprisingly good food on Riverside Avenue, then moved to Oakley, where it served a locally-sourced eclectic menu and hosted the insider’s Food Fight event. Mike Florea, the chef, has moved to the new distillery/restaurant Karrikin and owner Leigh Enderle has gone back to her job in the flavor industry.

Bistro Grace closed in Northside after four years. It had opened in the former building that was Boca, then Honey.

The Grand Central Deli in Pleasant Ridge gave it a good try but closed late in the year.

Speaking of delis, the Blue Ash location of Indianapolis-based Shapiro’s closed in March, supposedly temporarily. But it hasn’t re-opened.

Inspirado in Covington called it quits.

Lachey’s closed. Ironically it was just a few days after I had burgers there and at (rival boy-band burger restaurant) Walhburgers and liked Lachey’s a lot better.

Spare-Time’s Belly and Soul in Alexandria closed in September. The business itself hadn’t been around long, but the building, an iconic diner, has been there since 1958. Needs a new owner.

There was a fire in the building that housed Molly Malone’s and Coffee Express in Pleasant Ridge. Neither restaurant has re-opened, though Coffee Express is working on a new location farther south on Montgomery Road.

Both the Wurst Bar and El Camino on Mount Lookout Square closed.

Pizzeria Locale was one of my favorite inexpensive pizzerias. Backed by Chipotle, it was poised to be a chain. We had two early locations here, but they have closed, part of the fallout from Chipotle’s food safety problems.

Restaurants opened in Over-the-Rhine, but a few closed, too. The Royal sandwich shop on Main Street closed. Its owners still operate Liberty’s and The Pony.

The Epicurean Mercantile Company across from Findlay Market closed and along with it, The Counter, its order-at-an-iPad restaurant. The owners still operate Fresh Table in Findlay Market.

Crazy Bowls, a chain that was fairly new to the Cincinnati area, closed all four of their local outlets.

Also closed: New York pizza place Aponte’s Pizza, Woot’s, a pretty good barbecue place on the west side and The Orient, Downtown. Never made it there. And now it’s too late.