Debenhams store closures list: 22 branches across UK that have been axed 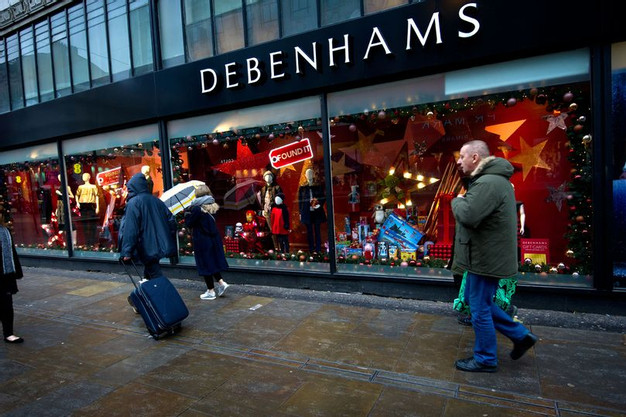 Debenhams delivered a hammer blow to towns across Britain today with plans to close 22 of its stores.

And there looks likely to be more pain to come, with “further store closures to be confirmed in due course,” Debenhams said.

Bosses have already admitted they want to shut around 50 of its 166 branches in a bid to slash costs.

The initial 22 stores are not expected to close until next year, after the crucial Christmas trading period.

Those set to go include many where the Debenhams is at the heart of the high street, and a draw for shoppers into the town centre.

Their closure risks proving a major blow to businesses nearby, with a danger that the large premises will stand empty and become an eyesore.

Among the towns set to lose their Debenhams store are Chatham in Kent, Great Yarmouth in Norfolk, Slough in Berkshire, Southport on Merseyside, and Stockton-on-Tees in County Durham.

Some, including Stockton, are already reeling from having seen their BHS branches shut, with Marks & Spencer having also announced a wave of closures.

The reductions are planned as part of a proposed Company Voluntary Arrangement, a process which has been used by a swathe of store chains to axe branches and cut their rents.

Debenhams is asking landlords of the 22 stores to agree to halve their rent bill between now and early next year, at which point they will shut.

Owners of another 105 stores are being asked to accept rent reductions of between 25% and 50% going forward.

If landlords fail to back the plans, the whole of Debenhams could go bust.

“Debenhams has a clear strategy and a bright future, but in order for the business to prosper, we need to restructure the group’s store portfolio and its balance sheet, which are not appropriate for today’s much-changed retail environment.

“Our priority is to save as many stores and as many jobs as we can, while making the business fit for the future.”

Debenhams went into a pre-pack administration earlier this month, wiping out the stakes of all shareholders including Sports Direct’s Mike Ashley.

It is now controlled by its banks and hedge funds.

Debenhams also released a financial update for the 26 weeks to March 2, showing that sales at its UK stores slumped by 7.4%, with profits down by 36.6% to £65.9million.

Gary Carter, national officer at the GMB union, said: “Although many will not be surprised by the closure announcements, this is devastating news for Debenhams employees who have battled hard to keep the company afloat.

“They will join the tens of thousands of retail workers made redundant in recent months.

He added: “It’s about time this Government stopped bickering over Brexit and did something to stem retail job losses and reinvigorate Britain’s high streets.”