Did one of your favorites close this year? Restaurants that didn't make it to 2019 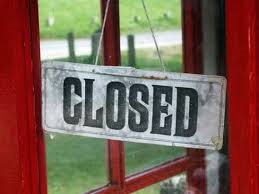 Did one of your favorite Dayton-area restaurants close its doors?

It was sad news for many when they learned their beloved cafe or tavern had shut down in 2018.

Here’s a look back at some of the closings, including one founded and owned by a member of the longest continually operating restaurant family in the Miami Valley, a craft beer pioneer and a 40-year-old Beavercreek tradition.

A Yellow Springs restaurant that served customers for nearly a decade shut its doors for good as its owner prepared for another restaurant venture.

Founder Lawren Williams told this news outlet the restaurant, 101 Corry St., lasted nearly 10 years. Williams said diminishing sales, especially during the winter months, and an expiring lease were the primary factors in his decision to close.

“I am very thankful for all of the people who came out to eat at our restaurant over the years,” Williams said.

Founded and owned by a member of the longest continually operating restaurant family in the Miami Valley — La Piazza shut its doors for good in February.

Located at 2 N. Market St. on Troy’s town square, La Piazza was launched by Michael and Jennifer Anticoli in 1992, and celebrated its 25th anniversary in 2017.

“Being the last operating member of my family’s 87-year restaurant history creates a feeling of importance but it also helps me put it into perspective,” Michael Anticoli told this news outlet on the day his restaurant shut down for good. “I want to feel as if I’ve done my name proud and know that, as I leave, I was able to make a contribution to the effort that began so long ago.”

A restaurant that operated for more than four decades in Beavercreek closed its doors in 2018.

“We want to thank you for allowing us to be a part of your family and for over 40 years of memories,” the owners of Rocky’s Pizza Ring in the Beaver Valley Shopping Center said on its Facebook page in March 2018, when announcing the closing.

The Wine Gallery and Café

Brian Linnean opened The Wine Gallery at the Cannery at East Third Street and Wayne Avenue in 2006, then moved the business to Main Street and Monument Avenue in January 2010 after buying the building at 5 W. Monument Ave.

The business and property has been transformed into Bar Granada, a new Spanish deli and European cafe.

Both Dayton-area Zoup! restaurants shut down permanently in May.

Forrer said that poor sales at both locations were the primary factor in the decision to close.