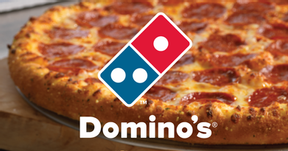 Domino’s Pizza, Inc. unveiled ambitious growth goals during its 2019 Investor Relations Day on Thursday. The Ann Arbor, Mich.-based pizza chain — which currently includes 15,300 stores globally — expects to grow by nearly 60 percent over the next six years, with a target goal of 9,700 new stores by 2025. That goal would nearly double the company’s growth rate of 5,260 stores over the past six years.

Domino’s is also projecting $25 billion in annual sales globally by 2025 — a number that doubles the pizza chain’s fiscal 2017 sales of $12.25 billion — with both domestic and international same store sales growing 3 percent to 6 percent over the next three to five years.

“The reason we want to achieve that goal is it creates a virtuous cycle in our business, and it starts with winning in every neighborhood in every market,” said Richard Allison, Domino’s CEO, in the presentation. “You don’t get to be dominant number one in the world without being dominant in every neighborhood. It’s about having the highest delivery sales and carryout per household.”

Here are other key takeaways from the investor relations conference:

· Fortressing. Domino’s execs spoke a lot about “fortressing” — increasing the number of restaurants in the same market — as a strategy for strengthening dominance. The company cited a fortressing attempt in India where they forced out a competitor. In response to concerns that Domino’s would be competing with itself and therefore same-store sales would suffer, the company said “order count requires capacity,” meaning that they are looking to the long-term effects of fortressing.

· Technology. As a technology leader, Domino’s is not planning on slowing down anytime soon.

“[The company] is now more than 65 percent digital in our U.S. business,” Allison said. Domino’s will be creating a “Tech Garage” in Ann Arbor that will serve as a technology innovation laboratory, where team members will work on and roll out customer-facing and back-of-the-house technology, including a next-generation point-of-sales system.

· International growth. Domino’s sees growth potential of 2,000 stores in the U.S. over the next six years. But even more growth will occur abroad, with unit expansion potential of 6,500-plus locations in the company’s largest international markets alone by the end of 2025.