El Rancherito shuts down after 24 years in Macomb 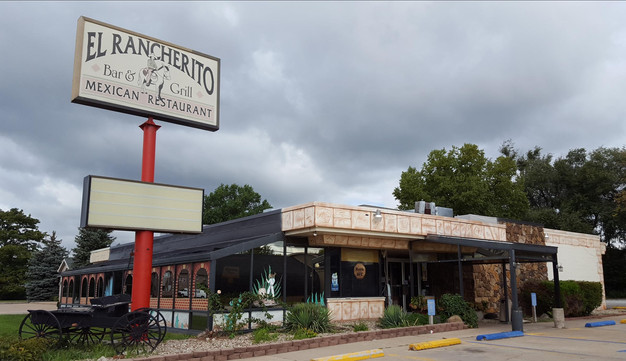 Since 1994, the establishment has been operating at 1514 W Jackson St. After a brief temporary closure to correct issues, the restaurant is now closed effective immediately. While many of the recent business closures in the Macomb community were related to the economic downturn, it appears that El Rancherito sealed its own fate after failing to improve upon their food safety.

The board of health gave El Rancherito one final chance to eliminate food borne risk factors in a compliance meeting in September 2018. As the Western Courier reported from the meeting, health board members raised concerns about the potential for food poisoning if the restaurant continued to lack direction. The agreement included two inspections from third-party agencies and quarterly inspections.

According to Christopher Adams, the Director of Environmental Health for the McDonough County Health Department, the restaurant failed a routine inspection earlier this week and ownership showed no signs of correcting mistakes.

“In the end, the responsible party is the owner of the operation,” Adams said. “They have to make sure things are being taken care of and done right to protect the patrons. We generally see issue corrected and we don’t see them again, but that was not the case here.”

During a routine inspection Monday, the health department found four containers of food that were not stored at a safe temperature and lacked a proper cool-down period. Additionally, the restaurant incorrectly labeled the dates so that the food looked fresher than it really was. Adams said that restaurants must discard of any food once it reaches seven days from the time it was cooked in order to protect bacteria growth.

Adams said that they revoked the license for the owner of the facility, which means that the current owner is no longer allowed to operate a restaurant in McDonough County. He compared the procedure to when a driver’s license is revoked after a certain amount of tickets.

Barring a win through the appeals process, the city of Macomb will likely begin to discuss plans for a new business to occupy the building, which Mayor Mike Inman has said has already begun.

Adams explained that the board only revokes the license for the owners and the not the facility. To operate at the property, the aspiring owner would need to apply for a license.

After the compliance meeting, Adams said that each inspection was clean and that the facility appeared to correct their behavior. In the other perspective, Adams also said that an inspection can go a completely different way today than it can go tomorrow.

The restaurant opted not to renew their third-party audits in January, which may have been when their health code violations re-appeared. Adams said that it was a choice that didn’t necessarily help the establishment stay on top of their issues. After Monday’s inspection, it became clear that the restaurant was putting customers at a health risk.

“To protect the public, we can’t have this kind of behavior reoccurring,” Adams said. “Everyone is given the same playbook and everyone knows what needs to be done in the kitchen. Typically, we identify the behavioral problems and we correct them.

Adams and the health department implement guidelines designed to prevent repeat violations, but that was becoming a timely practice with El Rancherito. In addition to scheduling meetings, they also make a strong effort to re-train staffs.

While there are no confirmed illnesses from dining at the restaurant, it is possible that some people didn’t know the source of their sickness. Adams said that while that is fortunate, violations that they made drastically increase the chances of this occurring. He referenced Iwaspoisoned.com as a place where people can report food borne illnesses from a restaurant.

During the public hearing last year, Adams said that the restaurant lacked managerial control. Tracy Mann, the restaurant’s food manager, assured the board that the staff wouldn’t take the opportunity for granted and that they will focus on preventing violations. After the closure, it now appears that the efforts didn’t go far enough.

While the health department has held compliance meetings with other businesses in the past, Adams said that they rarely revoke licenses. The department hasn’t revoked a license for these violations in the last two decades.

Kim Pierce, the Executive Director of the Macomb Area Economic Development Corporation Office (MAEDCO), said that she was surprised and disappointed by the closure. There are still some pieces to the puzzle that are missing, but she recognizes the impact it had on the community.

“Any time we lose a business, we are always concerned about the jobs being lost,” Pierce said.

Pierce also said that the condition of the building is critical in being able to attract new businesses. When she determines the ownership status of the building, she hopes to market the property to prevent another vacancy in Macomb.

“Thank you to our wonderful community for 24 years of amazing business! We aren’t perfect but you guys made us want to keep improving! We wish we could’ve stayed longer but it has been a pleasure serving you. We will miss you!”