Everyone wants a piece of Chick(en)-fil-A

Chick-fil-A has been in and out of the news a lot in the past few months. Whether it is about their new openings across the nation, their “unbeatable” chicken Sandwich, or their competition with Popeyes, a unit of Restaurant Brands International, they have made many waves lately in the fast food industry.

I’m sure most of you have heard of the “chicken sandwich wars” with the jabs back and forth between Chick-fil-A and Popeyes on twitter and other social media platforms. Popeyes has been on the attack with their aggressive marketing campaign to try to “one-up” the Classic Chick-Fil-A Sandwich. Originally, when the press came out about the new Popeyes chicken sandwich, people traveled to their local Popeyes locations in hoards. They all needed to try this amazing new tasty treat.

Many loved this new sandwich, but others stayed true to their home, Chick-fil-A. One man who stayed true to Chick-fil-A is Mark Mendenhall. Mark, dubbed “the mayor of Chick-fil-A” by the staff at his local restaurant, ate the original chicken sandwich, fries, and a large diet Coke everyday for 114 days straight. The only reason he had for doing this was to beat the last record, 100 days straight, and his love for Chick-fil-A, of course. Mark was an avid eater of Chick-fil-A before he started his journey as well. “This habit started about five to six years ago,” he said of his love for Chick-fil-A. “I loved the atmosphere, I loved how polite the team members were.”

Some might argue that Mark’s record is non-applicable, for he did not eat Chick-fil-A on Sundays, the only day of the week the restaurant is closed. Popeyes seems to be skeptical. Lately, they have been heavily promoting their Sunday chicken. They have even used the Help Wanted section in the New York Times, New York Post, Boston Globe, and Miami Herald. Popeyes ran ads on some Sundays in December seeking “chicken sandwich professionals” who can work on Sunday, when Chick-fil-A is famously closed. The contact on the classified ads is “[email protected]”

This tactic proved to work very well for Popeyes. They nearly doubled the foot traffic into their stores and sold out of inventory in less than a month, forcing them to temporarily take it off the menu. When they did return the sandwich to the menu, it was on Nov. 3rd, you knew it, a Sunday. Popeyes had its best quarter in the last two decades because of this press.

Now, McDonald’s is shaping up to be a formidable competitor as the U.S. chicken wars intensify. “The fast-food giant’s Crispy Chicken Sandwich, which is being tested in Tennessee and Texas, is expected to up the pressure on poultry, potentially giving Chick-fil-A, Popeyes, and KFC, owned by Yum! Brands, some fresh competition” according to research firm Telsey Advisory Group. It includes a fried chicken patty served on a sweet, buttery potato roll and topped with butter and crinkle-cut pickles; a Deluxe Crispy Chicken Sandwich version will feature lettuce, tomatoes and mayo.

After testing the products, analysts concluded the new sandwich was juicier, more flavorful and an upgrade from the more heavily battered Buttermilk Crispy Chicken. The question of how it compares to the Popeyes and Chick-fil-A sandwich still needs to be answered, but what we do know that the chicken marketplace is showing rapid growth. Chick-fil-A alone posted a sales gain of 14 percent this year with $4.5 million per store, analysts say. The competitors realized that they better get with the trend or they may get left behind. 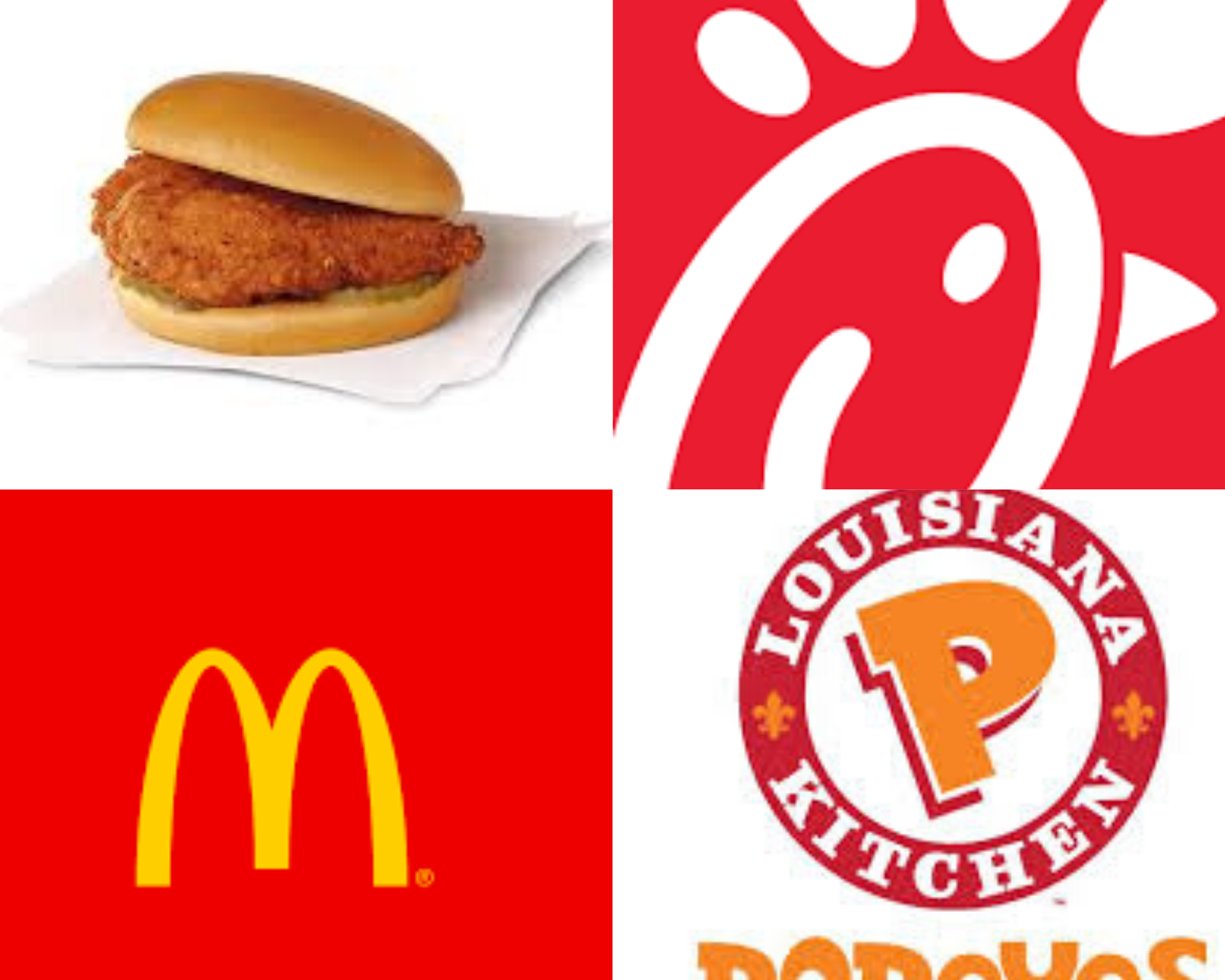