Is Denver’s restaurant boom about to go bust? 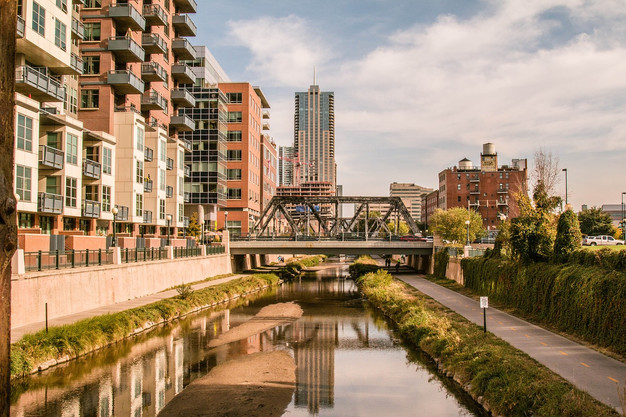 The Denver City Council is poised to one-up the state by raising the city’s minimum wage to more than $15 an hour by 2021. This decision will add Denver to a growing anthology of cautionary tales from across the country.

The role that restaurants and bars played in the city’s revitalization is well known. In the 1990s, the city experienced a rapid development boom, particularly in the Lower Downtown (LoDo) neighborhood.

According to the Urban Land Institute, before the boom, 40 percent of the buildings in LoDo were vacant; by 1995, the district was home to over 55 restaurants and nightclubs as well as Coors Field.

According to Census Bureau data, the surge in restaurant development carried into the early part of the current decade. Restaurant employment grew at a rate of over 6% from 2013-16. But this growth came to a sudden halt after the state passed Amendment 70 in 2016, which raises the minimum wage to $12 by 2020 — a 44% increase. The amendment included a 70% increase in the minimum wage for tipped employees — putting more stress on the city’s restaurants.

As a result, restaurant growth in Denver County has stagnated. According to Census Bureau data, restaurant growth has averaged just 1.7% in the past two years — a dramatic change from the high of near-seven percent growth enjoyed in 2013, 2014 and 2015.

In some cases, restaurants have been forced to close entirely. Last year, Premier Ventures Inc. shut the doors on four of its restaurants, resulting in the loss of over 200 jobs. The company’s portfolio included the popular Govnr’s Park Tavern and the Paramount Café. Co-owners Mike Plancarte and John Ott specifically cited the increase in minimum-wage rates as a key factor leading to their decision.

Apparently, these consequences meant little to the Denver City Council, which plans to go even further to increase the city’s minimum wage. The plan also has the support of Mayor Michael Hancock, whose political evolution on the wisdom of unreasonable business mandates (he campaigned against paid sick leave in 2011) is remarkable.

If the Denver Council wants a preview of the consequences when a city raises its minimum wage too high and too fast, its members should look west to the Bay Area.

San Francisco’s reputation as a tech hub is lately matched by its reputation as a restaurant graveyard. (One food industry publication described a rash of closings there as a “death march.”)

Last month, after three more restaurants suddenly closed their doors, the city held a special meeting with restaurant owners to hear their concerns. One warned the council: “We need to do something now or we will be gone.” Another employer even stated, “We’ve started to consider San Francisco a nonviable market.”

It’s no wonder why. The city’s minimum wage is among the highest in the country and its lack of a separate minimum wage for tipped employees increases the pressure on full-service restaurants. A representative of the Golden Gate Restaurant Association cited Yelp data showing restaurant closures in the Bay Area have outpaced openings by 9%.

This comes after a report by the Harvard Business School and Mathematica Policy Research, which found that each one-dollar increase in the minimum wage leads to a 14% increase in the likelihood of closure for a 3.5-star restaurant (the median rating).

The late Democratic Sen. Paul Tsongas once warned his party, “You cannot love employment and hate employers.” Denver once understood that; the city has thrived under the leadership of moderate, business-friendly Democrats.

Before Denver makes a decision it can’t easily undo, it should listen to the businesses that helped put the city back on the map in the first place.

Sourced From: The Colorado Sun