Fans of family-owned Mexican staple Barragan’s will now have to head to Burbank for its weekly taco and margarita specials.

Barragan’s Glendale location will be closing its doors next week after 38 years in business, according to Frank Barragan, son of the one-time chain’s founders.

“We are grateful to the Glendale community and our longtime customers who have made this journey possible,” said Barragan, reading a prepared statement. Its last day of operation will be Aug. 15. 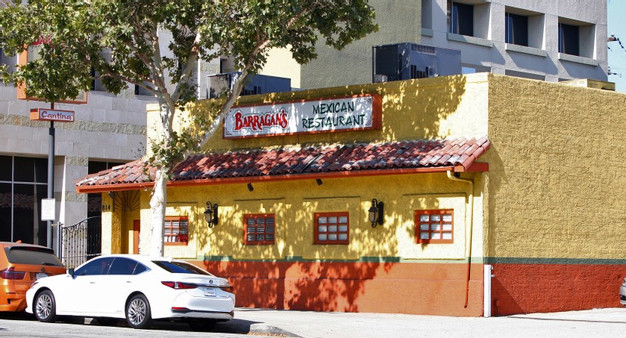 Once a familiar sight across Los Angeles, the Central Avenue location was one of the chain’s two surviving restaurants.

The Burbank location on Victory Boulevard will continue to serve up the big portions of casual Mexican-American fare that it’s known for. That last remaining site will try to accommodate as many employees from Glendale as it can, Barragan said.

Originally founded in 1961 by Ramon and Grace Barragan, the restaurant is nearing its 60th anniversary, said Frank Barragan, who himself stopped working in the family’s restaurant in 1976.

Its first location, on Sunset Boulevard in Echo Park, shuttered in 2013 when the family sold the property.

Over the phone, Frank Barragan declined to elaborate on why the Glendale restaurant is closing.

“We’re sticking to the statement,” he said.

Article Written by LILA SEIDMAN of The Glendale News-Press https://www.latimes.com/socal/glendale-news-press/news/story/2019-08-09/barragans-glendale-closing

Photo Courtesy of The Glendale News-Press