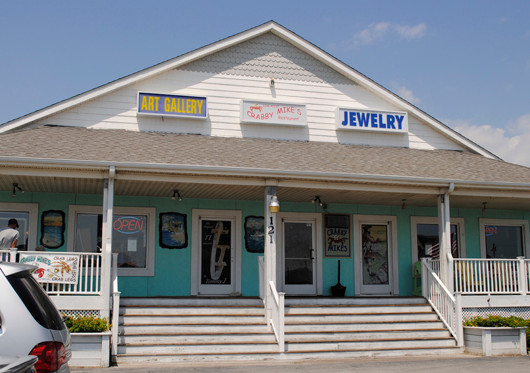 A restaurant in Surf City has officially closed its doors and the owner says it’s because the state decided to use the property for a construction project.

Douglas Dahlberg opened Crabby Mike’s on South Topsail Drive 12 years ago but now he’s been forced to shut it down to make way for a new bridge.

“The more I think about it, the more upset I get about it because I really don’t know what my next move is,” said Dahlberg. “I can’t relocate on the island. There’s no place. I have a 95-seat restaurant. So I’m kind of really out on the street here.”

Dahlberg contacted Chad Kimes with the North Carolina Department of Transportation in January about parking concerns for the upcoming season. That’s when he learned the news.

“We had a nice discussion and halfway through he dropped the bomb that the building was being acquired for the DOT bridge project and he told me pretty straight forward that they had made a mistake and would have to acquire the property,” said Dahlberg.

Dahlberg said Crabby Mike’s and the other businesses in this building were supposed to remain according to the original NCDOT bridge plan.

He said he realized that was changing when he saw construction happening so close to his back door.

“The temporary bridge is 20 feet from my back door,” said Dahlberg. “My gas tank had to be removed because it was dangerous. You know, they presented these nice plans to the town which everyone bought into and now all of a sudden there’s changes coming.”

Those changes came after the state filed eminent domain paperwork

“To just come and take it… and for me being a business in a property that I don’t own, there’s not a lot of recourse for a leaser,” said Dahlberg.

Dahlberg said even if he gets some compensation, it doesn’t amount to the time he’s put into his restaurant.

“It’s not going to beat 12 years of blood, sweat and tears,” he said. “I mean, I put a lot into this business every day for 12 years. Never missed a day. It’s my baby; it has been for a long time.”

Dahlberg has set up a GoFundMe page for Crabby Mike’s. He asks for the community’s help with relocation and lawyer fees.