It was no huge surprise that a Downtown Indianapolis restaurant serving people on Paleo, Whole 30 and keto diets stirred excitement when plans for its opening were announced in 2017, right before New Year’s Day. Alas, most people don’t stick to resolutions and the restaurant has closed.

What’s next for Nook: A Paleo Influenced Diner?

The owner is talking pasta.

“I think we found that when people came Downtown they wanted to celebrate more than watch what they were eating,” Johnny Vassallo said of the restaurant he launched in February 2018. Nook served its last gluten-free avocado toast and short rib over cauliflower rice June 11.

Nook: A Paleo Influenced Diner, 15 E. Maryland St., may resurface in another part of the metro area, general manager Justin Lambert said. He and Vassallo are taking the summer to redefine the Downtown space and figure out what’s next for the Nook brand. 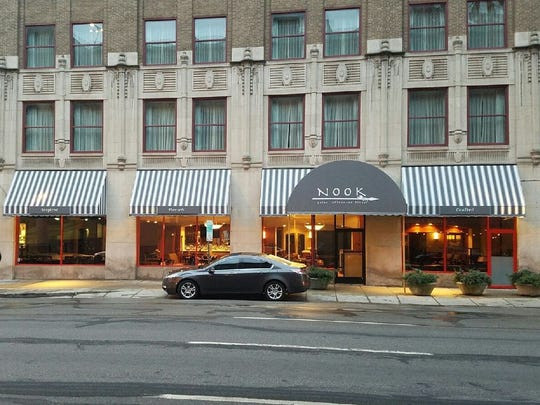 “We really feel like there is a market for this (Nook) project,” Lambert said. “Our question is, is this the right location?”

Best healthy restaurants: Where to eat right in Indianapolis

Whatever they decide, the restaurant space between Meridian and Pennsylvania streets, near Bankers Life Field House, will reopen this fall, probably as an Italian concept. The new place may include some dishes from Nook, where gluten-free pizza and lasagna were on the menu, Vassallo said.

“We have a family recipe for meatballs. We’d have regular lasagna in addition to other things,” he said of the Italian concept that might replace Nook.

Vassallo ran Mo’s A Place for Steaks from 2014 to 2017 at the Nook location. Citing the public’s growing interest in healthy diets and the large number of steakhouses Downtown, Vassallo decided to replace Mo’s with Nook.

Nook is also the name of a pizzeria in Broad Ripple, but the two restaurants are not affiliated and have different owners.