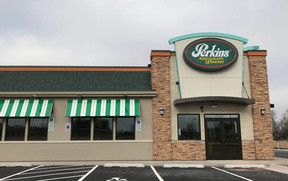 The Memphis, Tennessee-based company said Monday it plans to sell its Perkins’ business and a segment of its Foxtail bakery business, which supplies to its restaurants and distributors to “Perkins Group LLC.”  This is an arrangement known as a “stalking horse” bid and sets a floor for bidding on the company’s assets with a court-supervised auction expected in September.

The company said its “continuing discussions with investors and potential buyers regarding the Marie Callender’s restaurants.”

As part of a restructuring, 19 Marie Callender’s and 10 Perkins closed Sunday, the company said in the statement. Court records show approximately 1,190 employees are affected by the closings.

A list of the closed locations was not available Monday.

More store closings coming: An estimated 12,000 shops could close by the end of 2019

“Our intention moving forward is to minimize disruptions and ensure that the sale process is as seamless to our guests, employees, and vendors as possible,” Jeff Warne, president & CEO of Perkins & Marie Callender’s LLC, said in a statement.

According to the statement, Perkins, which was founded in 1958, has 342 restaurants in 32 states and Canada, which includes 101 company locations and 241 franchised restaurants. Last September, the company reported having 381 Perkins locations.

In 2006, it combined with Marie Callender’s, which according to the company statement has 28 locations, seven company and 21 franchise restaurants. The frozen line of Marie Callender’s is offered by ConAgra.

This is not the first bankruptcy for Perkins. It also filed in 2011.