Raising minimum wage in restaurants could be a win for everyone 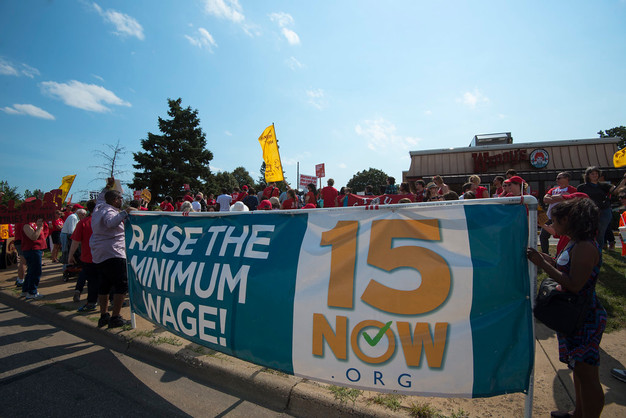 I’m a professor with a focus on labor and employment law. My research on the minimum wage suggests a few reasons why this might be true.

When worker pay goes up, employers can respond in a number of different ways. They can cut hours, lay off workers, accept smaller profits or raise prices.

With profits so low in the restaurant industry, averaging just 3 percent to 5 percent, employers may not have the option to accept less in profits without going in the red.

In many industries, increased labor costs may prompt businesses to lay off American workers and move operations overseas, where labor costs are lower. But this is not a viable solution in the restaurant industry, since most of the work is done on-site.

That leaves restaurant owners with two options. The first is to decrease the number of hours each employee works, which might explain why income gains from a minimum wage are not as large as one would predict.

Still, massive layoffs in the restaurant industry are unlikely because owners need a certain number of staff to operate a full-service kitchen.

The other option is to increase prices, which many restaurants in New York City have done.

Some in the restaurant industry have argued that raising menu prices will lead to fewer people dining out and, consequently, more restaurant closures.

But this hasn’t happened.

In fact, both restaurant revenue and employment are up. The reason for this is that restaurants do not have to raise prices very much in order to pay for a minimum wage increase.

Even a one time increase of 10 percent to 15 percent is unlikely to dissuade large numbers of customers from dining out. That would amount to an extra $1.20 on a $12 burger.

The focus on single restaurants also ignores the larger economic impact of raising the minimum wage. According to an analysis by the Federal Reserve Bank of Chicago, if low-wage workers have more money in their pockets, they will have more money to spend, potentially expanding the number of consumers who can afford to eat out.

In fact, some people — including those from the Economic Policy Institute — have posited that a minimum wage increase will actually lead to an increase in employment because of the effects of giving low-wage workers a raise. Other advantages to restaurants may include lower turnover rates and better job performance.

Perhaps the principal reason that the minimum wage increase did not seem to have a negative effect on the restaurant industry in New York is that the state’s economy is strong overall, so businesses have been able to absorb the increases without having to make hard decisions about where to cut.

If the economy were to go into a recession, business would undoubtedly suffer, though the suffering could hardly be attributed solely or mainly to a minimum wage increase. In other words, a good economy means that everyone benefits, including low-wage workers.

Apocalyptic predictions of the industry’s demise will likely return as New York officials debate whether to get rid of the tip credit, which allows employers to make up part of their minimum wage obligations in tips. Right now, restaurants actually have to pay workers only $10 per hour if they make at least $5 per hour in tips.

There are many good policy reasons to abolish the tip credit, including ensuring that workers have pay stability and combating the problem of sexual harassment in the service industry. Women working in restaurants with lower minimum wages than other industries in the state were twice as likely to report being sexually harassed by a customer than women who were paid their state’s minimum wage.

Seven states, including Alaska, Montana and Washington, have already abolished the tip credit. New York may be next.As the debate unfolds, just remember to look at the data. A pay increase for low-wage workers doesn’t have to be a zero-sum game. In fact, the evidence suggests that everyone can win.

This article is republished from The Conversation. You can read the original article here.