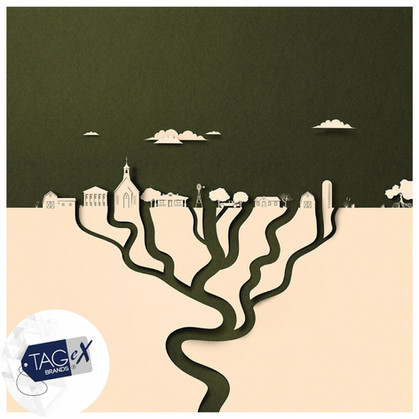 San Francisco restaurateurs Anthony Myint and Karen Leibowitz may have been ahead of their time with their environmentally minded restaurant. The Perennial, which closed in February after three years of business in the city’s challenging Mid-Market neighborhood, tried to tackle climate change through hyperlocal sourcing, energy efficiency, an eco-conscious design, food waste prevention and consumer education, among other planet-friendly practices.

But the culinary couple, partners in life and work, haven’t lost their sense of urgency around global warming and how the restaurant industry could play a key role in combating the problem. Their latest climate change campaign with a culinary bent: an optional surcharge on California restaurant checks as part of a new public-private initiative supporting carbon farming practices that Myint and Leibowitz are leading called Restore California.

The pair came to realize that one restaurant alone can’t change the food system fast enough to make an impact on the climate crisis. It takes an international village of concerned culinary industry leaders, they say, to take on a topic that many diners and chefs can find tough to digest: the critical role that regenerative agriculture — think practices like composting and cover cropping — can play in mitigating the impact of global warming. In a state now suffering the wrath of hotter, drier weather in the form of larger, more frequent and more devastating wildfires, Myint and Leibowitz’s message has only taken on even more urgency.

As the co-founders of the popular pop-up Mission Street Food, Myint and Leibowitz are no strangers to industry innovation. In 2014, they founded the nonprofit Zero Foodprint, which serves as a resource for restaurants and food service providers that want to find ways to reduce their carbon footprint, by, say, switching to renewable energy, eschewing plastic or sourcing sustainably raised beef. To date, around 30 restaurants have achieved carbon-neutral status under the program; twice that number are on their way to earning the stamp.

Michelin-starred Bresca is Washington’s lone entry on the list of Zero Foodprint’s carbon-neutral restaurants, which includes such other upscale dining establishments as California’s Atelier Crenn, Benu and State Bird Provisions. “With small adjustments we can make huge impacts for our environment,” says Bresca chef/owner Ryan Ratino, who works with “imperfect” foods and whole animals, composts and uses compostable containers, and avoids plastic and over ordering. “My hope is that these sustainable practices become a lifestyle for our restaurants and in this way we truly make a difference together.”

That’s the goal. “Food is both a major cause and a major solution to global warming. We’ve spent five years engaging chefs and restaurateurs on becoming part of the solution to climate change,” says Myint, an earnest, self-described social introvert who makes fun of how much he geeks out on climate change science and potential solutions. Since he is one, he understands chefs: They’re busy people, consumed by daily operations and razor-thin profit margins, who have what he calls “a really strong B.S. meter.” He adds: “But chefs possess all this cultural capital, they’re agile, they get stuff done and make things work. This could become a global movement of chefs who want to do the right thing.”

And the culinary industry, he says, is uniquely positioned to support this cause. When Myint talks up the benefits to the planet of carbon farming and why restaurants should add a small fee to aid farmers in implementing such practices, he doesn’t get to into the science-y weeds. Put simply, carbon farming increases soil carbon (that’s a good thing) and decreases carbon dioxide in the air (also a good thing). As one chef told him: “You mean I just have to add a 1 percent fee to unf— the planet?”

Something like that. Restaurants that sign up to participate in Restore California — a partnership between Myint and Leibowitz’s culinary-agricultural nonprofit Perennial Farming Initiative and its Zero Foodprint program, and the state Department of Food and Agriculture and California Air Resources Board — commit to collecting a 1 percent optional fee from customers to fight climate change by helping fund farmers who implement practices designed to reduce, contain or remove carbon dioxide from the atmosphere. CO2 is considered one of the main contributors to climate change.

This fall, Zero Foodprint is gathering support for the Restore California program, formally announced in the spring, with the intent of highlighting a core group of early adopters come January 2020, says Leibowitz. San Francisco newcomer Great Gold, a modern Italian restaurant that opened in August and already has a Zero Foodprint ranking, is experimenting with listing the surcharge in the fine print on its menu. “Most of our customers don’t mind the surcharge, but we have had a few complaints,” says partner/co-owner David Steele, who notes that San Francisco diners are already used to a 5 percent surcharge to help fund health insurance and other employee costs. “We will continue to monitor this. If we feel it is not fully accepted by our customers, we will remove the 1 percent [from menus] and just eat the cost internally because we believe deeply in the cause.”

Myint points to the early success of such efforts with restaurants he’s involved with. Since the fall of 2018, Mission Chinese Food in San Francisco, Myint and Leibowitz’s brick-and-mortar restaurant, has included a 3 percent carbon farming surcharge. Out of the more than 30,000 diners who have eaten at the restaurant since then, only a handful have questioned the charge and just one consumer — paying for a group of four — declined to participate, says Myint, who sees that as an encouraging sign, since few consumers want to pay more for food than they have to. A sister restaurant in Copenhagen, Vesterbro Chinese Food, where Myint serves as a consultant, is both a carbon-neutral restaurant and includes a 1 percent surcharge on its bill. At a different price point on the dining scale, one San Francisco burger joint opted for an alternative way to pass on the carbon surcharge to consumers by building it into the price of menu items. Robot restaurant Creator, which includes a Mission Street Food burger by Myint, increased the cost of its $6 and $7 burgers by 7 cents to support the cause.

In California, the surcharge funds are managed by a social impact bank partner of the Perennial Farming Initiative. Eligible farmers complete an assessment for funding consideration. The program will serve as a complement to California’s existing Healthy Soils Program. That government program funds carbon farming practices such as hedgerow and tree planting, cover crops and crop rotation, composting and other measures that pull carbon dioxide from the air, prevent its release from the soil or store it in the ground.

“This could potentially help a lot of farmers and ranchers who don’t have the capital to implement carbon farming practices, which can be expensing, risky and take time to learn what to do,” says Loren Poncia of Stemple Creek Ranch in Marin County, Calif., an early adopter of carbon farming practices through the Marin Carbon Project. Poncia has received funding twice from the Healthy Soils Program to implement such efforts. “For consumers, it’s a chance to vote with their dollars and commit to helping combat climate change in a way they’ll barely notice on their check but will collectively add up and really help,” says Poncia. “Global warming is here. We only have so much time to implement change. Things are getting worse, not better. It’s never a bad thing to build better soil.”

Changing agricultural practices to reduce and store greenhouse gases will be crucial for the Golden State’s goal, set by former governor Jerry Brown, of achieving carbon neutrality by 2045, an ambitious undertaking for the fifth-largest economy in the world. Current Gov. Gavin Newsom, who has said healthy soils are a “passion of mine,” pledged $28 million in Healthy Soils Program funding in this year’s budget. Not everyone thinks that’s enough to increase carbon-focused farming in California to meet the state’s decarbonization goals.

Global warming’s impact on the food supply has been linked to mussels being cooked in their shells in a heat wave on the California shore, stone fruit shortages across the United States due to low-chill winters and erratic frosts, and Napa Valley vineyard growers experimenting with different varieties to adapt to changing weather patterns, among other disruptions.

This summer, Zero Foodprint’s carbon farming crusade received a big international boost when Myint won the Basque Culinary World Prize, which comes with 100,000 euros in prize money attached, courtesy of the Basque Culinary Center and the Basque Government. The annual award honors a chef who demonstrates how gastronomy can serve as a powerful force for positive change. Myint says he intends to use the award to further the work of Zero Foodprint.

The Golden State may be a trailblazer on climate change solutions, but several states have passed healthy soils legislation, and many more are working on similar initiatives for 2020, says Myint, who could see other states developing their own versions of Restore California. “I started cooking because I believe restaurants can make the world a better place,” says Myint, who adds that becoming a parent seven years ago proved an impetus for exploring what chefs can do about climate change. “I still believe that’s true.”

“If even 1 percent of restaurants in California become part of this program, that would create as much as $10 million a year in funding for these farming practices, says Myint. “And if there’s no other major sea change in the industry except that every restaurant starts composting and restaurants pay for that to go back to the farms, that alone would be a game changer.”

This article was republished from The Washington Post. You can read the original article here