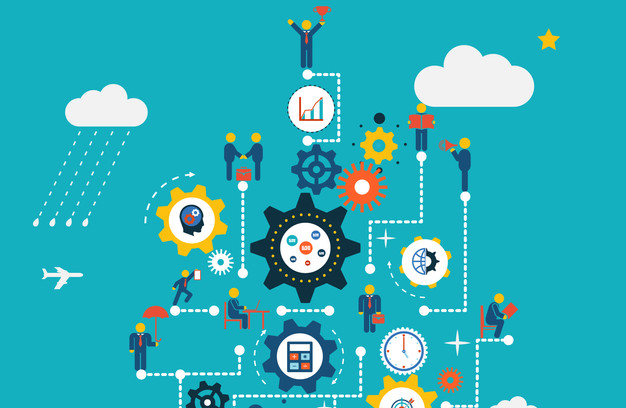 It is difficult to see the political or economic landscape changing in the short to medium term in order to alleviate the increasing cost pressures that restaurants now face. However, if advisers can be approached early enough, then careful pre-planning and an understanding of some of the legal and commercial complexities of this particular business sector can increase the chances of successful business recovery.

The UK burger market has been one of the great success stories in the restaurant sector in recent years, but a similar pattern has been seen more generally. Such growth was possible against a backdrop of record-low interest rates and cheaper finance, consistently low levels of food inflation, more flexible employment rules in the sector and a consumer appetite to eat out more.

However, in the last year, we have seen closures of a number of restaurants operated by leading brands including Frankie & Benny’s, Chiquito and Garfunkels. We recently completed the pre-pack sale of national burger chain Ed’s Easy Diner out of administration alongside KPMG. A recent report from Moore Stephens suggests that over 5,000 restaurant businesses have at least a 30% chance of insolvency in the next three years.

So, why is this happening? There are a number of factors which, together, present a recipe for failure in the restaurant sector which we think will lead to an increase in the number of restaurant insolvencies in the coming years.

With increased supply comes increased competition and restaurants are finding it more difficult to cope. According to the Financial Times, over 200 new restaurants have opened in London alone in the last year, but 76 have closed over the same period. It is clear that the bar is being raised all the time and with greater choice, including pop up restaurants, people are less loyal to their favourite restaurant or the big names that may have dominated custom previously.

Rising rents and rising business rates are hitting restaurants hard, especially in London and the south east. The recent changes in the valuations on which business rates are based means that average rates will go up by 14% in London in 2017 and many businesses in the West End and in places like Shoreditch and Old Street, on the edge of the City, will suffer far higher hikes in rates.

Outside of London, larger towns and cities in the south such as Reading, Croydon, Guildford, Cambridge and Milton Keynes will all suffer average increases in excess of 20% and, in some cases, a lot higher. The impact of these rates revaluations further north is less drastic and in some places, such as Liverpool, rates will fall – but if you are trying to run a chain of restaurants across the country or if your business is based primarily in London and the south east this will have a huge impact on profitability.

Increases in the national living wage (NLW) are also eating into restaurants’ profits. The government replaced the national minimum wage of £6.70 per hour with a NLW of £7.20 per hour last year, and it is due to rise again to £7.50 per hour from April 2017. In a sector where staff are often only paid the minimum wage, businesses now have to absorb these increased staff costs.

Finally, the de-valuation of sterling following the UK’s decision to leave the European Union in June 2016 means that it is now more expensive for restaurants to import food and alcohol or pay suppliers who do so.

As a result of these rising costs, restaurants face a difficult balancing act between absorbing costs and reducing margins or increasing prices for the consumer and risk pushing custom away in an already overly competitive environment. We feel that it will become increasingly difficult for some restaurant businesses to continue to manage this balance successfully and avoid getting into financial distress.

Changing habits and the rise of technology

The way that people consume food is changing. They are eating out less, and eating in more. The advent of technology from companies such as Deliveroo and UberEATS means that people can quickly and easily order online from their favourite restaurants or takeaways – where average spend it lower – and have dinner delivered to their door. In addition, supermarkets are now stocking a far greater variety of alcohol at much cheaper prices than pubs and restaurants. People are now buying more booze from supermarkets than pubs for the first time, according to the British Beer and Pub Association.

The combination of these changing habits means that pubs are losing even more trade and continuing to close at an alarming rate, and restaurants are losing out on the impulsive discretionary spend on drinks, starters and desserts which people only buy when they actually eat in a restaurant. Add to this the increased demand for healthy eating, to which restaurants have had to respond by adding additional variety and complexity to their menus, and the relative stagnation in the average disposable income in the UK and it does not make good reading for restaurant owners – or those who invest in or have exposure to the sector.

In the case of Ed’s Easy Diner, through careful, practical and flexible planning, the administrators were able to secure a pre-pack sale of over half of the existing sites, preserving jobs for nearly two thirds of the existing workforce. This was achieved, in part, by identifying and managing the particular risks to value that apply to restaurants.

It is increasingly common to see restaurant leases contain pre-emption rights in favour of the landlord, especially where the sites are in retail outlets or shopping centres.

Pre-emption rights allow the landlord to control the mix and quality of its tenants across multi-unit sites. They require the existing tenant (the seller) to offer to sell or surrender the existing lease to the landlord before the lease can be assigned or transferred to a buyer. The statutory moratorium in administration only protects the lease from forfeiture without the permission of the administrator of the court. It doesn’t strip the landlord of its pre-emption rights under the lease. The value payable by the landlord is often based on a market value and can be subject to complex calculations. This means that a landlord could step in and prevent a buyer from taking an assignment of the existing lease.

In completing its due diligence, a buyer may identify pre-emption rights as a major risk to it completing a purchase of particular sites and this may impact value for the overall sale as a result. While a buyer may ordinarily be confident of reaching agreement with a landlord on the basis of its strong financial covenant alone, if the landlord has the benefit of pre-emption rights and a wish to take back the site it could be difficult for the buyer to persuade the landlord not a exercise this right.

In order to reduce the risk of pre-emption rights impacting on value, the administrator should look to apportion a fair value to the relevant lease to ensure that the landlord has to match or beat this value in order successfully to exercise the pre-emption. This should include the value of any materials or equipment situated within the property. Alternatively, a buyer may wish to defer elements of the consideration until is successfully obtains an assignment of certain leases. This will be less attractive for the administrator as it provides less certainty of payment and is more difficult for an administrator to assess in terms of whether or not the deal represents best value for creditors.

As an aside, advisers should also ensure that the demise within leases fully covers the areas operated by the restaurants. For example, outside dining areas should be covered within the relevant lease and not a separate licence which would be vulnerable to termination upon an administration.

Managing the collection and apportionment of cash and card payments is critical on multi-site restaurant business.

In many cases, in an effort to remain competitive, restaurants now open early in the morning for breakfast and do not close until late in the evening. Both the administrator, as seller, and buyer will want the sale to complete outside of business hours to avoid disruption to the business. The parties will need to agree a mechanism for apportioning cash, card payments and a value to stock either side of completion, which will normally be a fixed point in time. The administrator will want to ensure that it obtains the benefit of all pre-completion trading and the buyer will want to ensure that it can continue to use the existing card payment systems for an interim period as soon as the restaurants open for business after completion.

The value of stock across a multi-site business will need to be estimated. It will not be possible or cost effective to undertake a stock take of each site between the restaurants closing, at which point completion will occur, and re-opening under the buyer’s ownership the following morning.

If the seller company sells alcohol, premises licences for sites in England will automatically terminate when the company goes into administration. The buyer will have a small window to apply to the local council or authority to reinstate the licences. This is a risk for the buyer, and it should prepare the relevant transfer forms in advance of completion to ensure that the applications can be made as soon as possible once the sale completes.