Sonic has announced that its newest food item on the menu will be a “blended burger” called the Slinger. No, this burger will not be served to you in liquid form, although you’re not alone in having that thought. Rather, this burger will feature a patty containing 25 – 30% mushrooms instead of pure beef, if that was ever actually something fast food companies offered. Some people say the burger tastes better, and plenty of evidence suggests that dialing back beef consumption would benefit our bodies and environment, but will this menu item succeed?

Mushroom-enhanced burger patties have been on the rise in America, due in large part to the Blended Burger Project (BBP), which is a nationwide contest for chefs to create recipes for patties that include at least 25% mushrooms. The BBP has been fairly successful in convincing school and corporate cafeterias to adopt blended burger recipes, but this will be the organization’s first time influencing a fast food chain at a large scale. Behind the BBP is a totally real, non-fictional organization called the Mushroom Council (pictured below), which lobbies for the advancement of the mushroom industry as a whole. 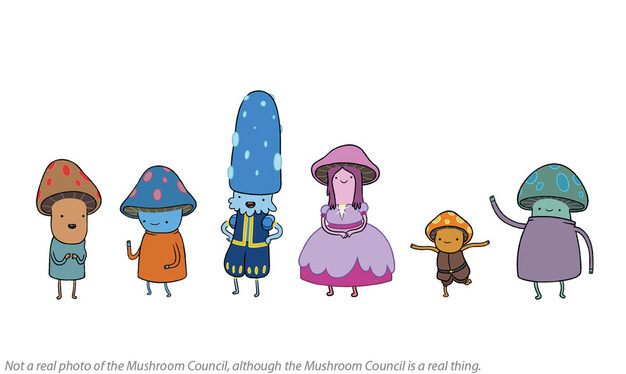 The Mushroom Council focuses on health factors and benefits to the environment as a major reason to cut down on beef consumption. In fact, according to a 3rd party study conducted for the Mushroom Council, a pound of mushrooms has a carbon dioxide footprint of 0.7 pounds, whereas a pound of beef has a footprint of 12.3 pounds, one of the most carbon-intensive foods on the planet.

The beef industry is not only hurting our planet, however. Research by the Harvard School of Public Health supports the notion that red meat consumption can lead to health problems like type 2 diabetes, coronary heart disease, stroke and certain cancers as well. So, red meat is bad. But, if you’re not concerned about your own wellbeing, perhaps you care about that of animals. Have you ever seen a video from a slaughterhouse? We’ll spare you the details, but you know what we’re talking about.

Maybe the mushroom council is right. Maybe we really need to take steps to reduce our intake of beef.

Considering the health and environmental detriments of the beef industry, switching to mushrooms, from a logical perspective, seems like a no-brainer. But logic doesn’t get you far in America’s fast food industry, which is why Scott Vehlein, the VP of product innovation and development has said that the Slinger burger will be marketed as a steakhouse-style burger, emphasizing its juicy and savory flavor rather than its environmental and health benefits. Because after all, if you can’t taste the full flavor of crying baby cows for lunch, the Slinger burger from Sonic is unlikely to gain traction, even if it’s delivered on roller skates. 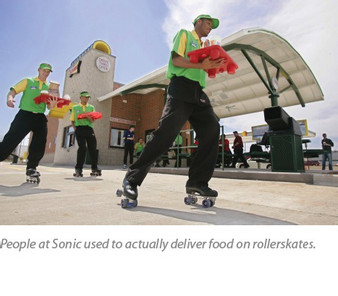 Our initial thoughts are that we would love to see the Slinger burger succeed. Mushrooms are tasty and our bodies and planet would benefit from a smaller meat industry, but it’s a tough sell to introduce rational decision-making into people’s eating habits, especially in America, where 32 million adults can’t read. Our hats are off to you, Sonic and we wish you the best of luck in this new business venture. Hopefully, TAGeX’s next corporate lunch will please the Mushroom Council. Delivery on rollerskates would also be cool.