The Last Location of Talde Has Closed

The last location of Talde has closed. The Jersey City outpost of the pan-Asian restaurant announced on Instagram on Tuesday that it had its final service after four years, though the restaurant did not offer a reason. It was the second location of Dale Talde’s eponymous restaurant, which ended its Park Slope tenure in January. A third location in Miami has also since closed. 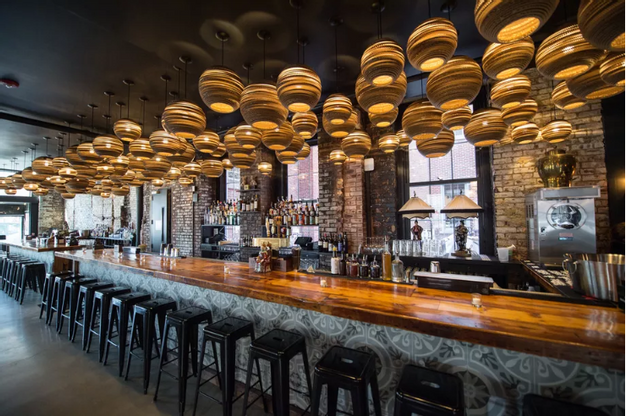 Though the New Jersey restaurant opened following the buzz of the Brooklyn original and Talde’s Top Chef fame, the chef and his restaurant group Three Kings has not been operating it for some time. Three Kings dissolved as a company, and Talde Jersey City has other partners who kept the location open. One of those partners claimed on Eater NY that Three Kings hadn’t been involved in the location for years, even before the end of the company. It served a slightly different menu and had dishes such as kung pao chicken wings, green papaya salad, and blue crab fried rice.

Three Kings held a minority investment in the Jersey City business, according to Talde, and the majority owners decided to close it. The Downtown Jersey City dining landscape has changed drastically since Talde opened in 2015. At the time, not many modern, regional Asian restaurants were open in the neighborhood. Since then, though, the scene has exploded, offering newer and bigger takes on various cuisines.

General manager Zac Denham tells Eater that this year was “very competitive” for the restaurant. “While we had a very loyal customer base, it was not enough to sustain us long-term. We close our doors with a sense of pride and accomplishment, and we owe a great deal of thanks to the residents and our partners in and around Jersey City,” he writes.

But this may not be the end of the road for the restaurant. Talde and his new restaurant group Food Crush Hospitality, run with his wife Agnes, is seeking new spaces in the tri-state area to reopen a location of Talde. The company is opening its first project Goosefeather in Tarrytown, New York soon.