The Most Popular Fast Food Chain on Social Media 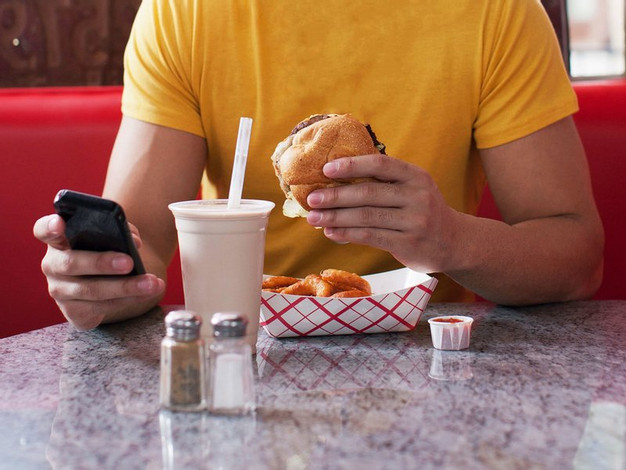 Which fast food chain integrated fried egg taco shells into its menu, released a fashion line with Forever 21, and announced it’d soon be adding booze to its offerings? Taco Bell, of course. The chain has been able to capture the attention of Twitter and Instagram—and the rest of social media—with a series of stunts, ranging from ridiculous to intriguing (a recently added burrito contains spicy popping crystals), and now it’s being rewarded with a new, and maybe in 2017, prestigious title: the Top Performing Restaurant Brand on Social Media. 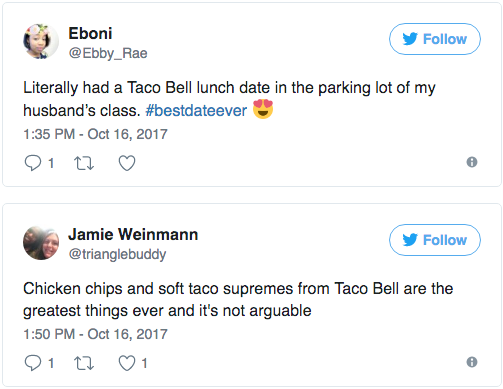 People talked about McDonald’s the most on social media, but NetBase found that Taco Bell has the most “passionate” social media fan base. How much do people love it? They have Taco Bell lunch dates in parking lots and walk 40 minutes just to satisfy their cravings, at least according to Twitter, the most active outlet for conversations about restaurants.

Wendy’s, which came in 5th place, found success by taking on the so-called bad girl persona on social media, making digs at other companies, like this heated argument with Wingstop, which had the two chains exchanging increasingly barbed rhyming verses. 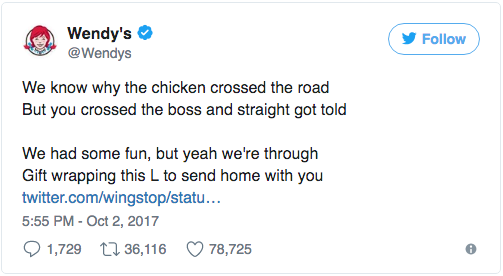 More and more, restaurants, especially those in the fast food realm, are ramping up their attention-seeking tactics (see all the gimmicks Domino’s managed to pull off this year) to keep their brand in the conversation. These companies might not have the fanciest food (even if, in my opinion, in the case of Taco Bell, at least, it tastes great) but they clearly know how to navigate a new online space that demands ever-stranger and more outlandish campaigns outside of the food realm—whether that means holding a fashion show or employing robots to make pizza—to stay ahead of the pack.