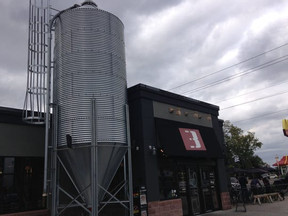 Owners announced the permanent closure in a note on the door.

“It is with a heavy heart after 8 1/2 wonderful years Thr3e Wise Men Brewing Co. in Broad Ripple shut its doors Sunday, June 9th. We will keep our taproom location open in Muncie, where we will continue to offer our signature craft beer while supplies last.”

Gift cards will be accepted at the Muncie Thr3e Wise Men locations or the remaining 10 Scotty’s Brewhouses, according to the sign.

Scotty’s Brewhouse was founded in 1996 by Indiana native Scott Wise, who sold the restaurant chain to Arizona-based Due North Holdings LLC in 2016.

But in December, the chain filed for bankruptcy and announced the closures of restaurants in Indianapolis, Carmel, Muncie and Waco, Texas. More closings have followed.

Wise has had legal troubles of his own. In January, two investors sued him, accusing him of defrauding them of $1 million and violating securities law by making false statements and failing to register securities.

A similar lawsuit was filed in Allen County by the Fort Wayne-based Nairamat Investments LLC. The company alleges that its principal was misled by Wise into investing $300,000 to open a Carmel restaurant.

Wise has denied all of the accusations, and both cases are still pending.