The Dublin, Ohio-based company intends to make its restaurants easier to operate and its customers more loyal with the digital platforms, executives said on a fourth-quarter earnings call.

“We have made meaningful progress over the last couple of years with our consumer-facing digital capabilities,” said Todd Penegor, Wendy’s CEO and president. “We launched the unified Wendy’s app, initiated the rollout of mobile ordering, began using mobile offers and have rolled out delivery to 60 percent of the North America system.”

About $15 million of the digital investments announced Thursday will go into a partnership with Accenture, the management consulting firm, and another $10 million will be for digital scanners for the North American system, said Gunther Plosch, Wendy’s chief financial officer.

“We are full customization, made-to-order,” he said. “We can not only take the orders faster, but we can actually get people out fast and accurate, and that can be a big differentiator. 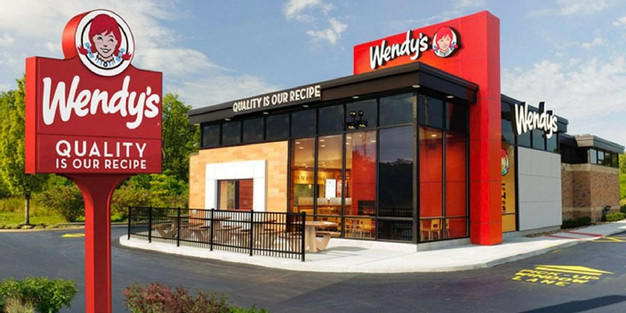 “Our biggest opportunity is to drive more frequency into our restaurants, to really win that share of stomach battle in a category that’s flat to slightly up,” Penegor said.  “We do think that technology can drive frequency as we better connect to that consumer and create a better, more consistent service experience with them day-in and day-out, and a lot of that comes back to speed.”

In the past year, Penegor said Wendy’s had seen some slowing in service times, noted especially in the brand’s drive-thru.

“If you can figure out a way to get those orders into the kitchen faster and get folks through faster, they’re going to have a great experience and they’re going to want to continue to come back,” he said.

Plosch said the Accenture multi-year investment is front-loaded and will be lower in ensuing years.

Penegor said Wendy’s will continue to promote downloads of its smartphone app and to increase the number of monthly active users of mobile offers.

“We have also enhanced the customer experience in the app by making it more user-friendly and easier to navigate and consumers have been giving us positive feedback on these changes,” he said.

The company has also begun rolling out mobile ordering to its U.S. system. That should be active in all the U.S. restaurants by the end of this year, Penegor said.

“It is critical to have scale in order to create awareness and we plan to start doing that this year,” he said. “Having the system live with mobile ordering will allow us to begin to build a one-to-one relationship with our customers which is the ultimate goal.

Wendy’s now has third-party delivery in about 60 percent of its North American stores and expects to grow that to 80 percent by the end of 2019.

“The model that we have chosen with DoorDash is we’re literally passing on all costs, so service fees and delivery fees are passed on to the consumers and again, that’s the reason why we are watching customer satisfaction fairly closely,” Plosch said, adding that consumer value perception remains an important metric.

And Wendy’s will continue its barbell pricing on the menu, with some premium items and lower-priced value items, he said.

“We know we’ve still got a big pocket of consumer that’s stretched, and we’ve got to make sure Wendy’s has them back,” Penegor said. “So that’s why we need a balanced high-low calendar on a regular basis.”

For the fourth quarter ended Dec. 30, Wendy’s net income, which accommodated a special reserve for a proposed legal settlement, fell to $18.8 million, or eight cents a share, from $159.3 million, or 64 cents a share, in the prior-year period. Revenues increased 28.6 percent to $397.8 million from $309.2 million in the same quarter last year.

Same-store sales in the quarter at North American restaurants were up 0.2 percent, compared to a 1.3 percent increase in the same period last year.

On Feb. 13, Wendy’s said it had entered into a settlement agreement for a class-action lawsuit brought by financial institutions after criminal cyberattacks that targeted point-of-sale systems of Wendy’s franchisees in 2015 and 2016.

Wendy’s and its franchisees agreed to pay about $27.5 million of a $50 million settlement, part of which was covered by insurance. The proposed settlement anticipates the payment would occur in late 2019.