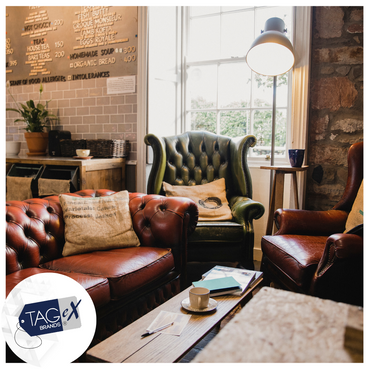 Settled onto an overstuffed leather couch Wednesday, 23-year-old Marinna Dilley turned the pages of her book as she waited for a friend.

Around her, Wild Boar Cafe — a Fort Collins shop that’s been serving up coffee drinks, quick bites and cozy nooks for 12 years — buzzed as only a coffee shop can on a snowy weekday morning.

But Wednesday’s morning air also held a little mourning.As machines hissed behind the coffee counter and its aging wood floors creaked, Wild Boar’s customers shared stories of the beloved shop, which announced earlier this month that it would close its doors at the end of October.

That day came Wednesday, when Wild Boar Cafe opened for its final day.

When asked how long she’s been coming to Wild Boar, Dilley’s face twisted into a frown.

It started when she was a freshman at Fort Collins High School. Dilley and her friends would regularly stop into the cafe after school for coffee and snacks. For Dilley, it was always mac n’ cheese and sweet Oregon chai.

She’s never changed her Wild Boar order. “Not even once,” she said. “That’s what I’m getting today.”

Over the past few years, Dilley said she’s been in and out of the country — from study abroad stints through Colorado State University to a recent backpacking trip with her boyfriend.

When she came home to Fort Collins, Wild Boar was always on her list of places to check in at. After hearing the news of its closure, she called up an old high school friend and made sure she was there on its last day.

“It’s not your normal café, you know. It’s like a hidden gem of Fort Collins,” Dilley said.

“The artwork all over the place. The food is all homemade. They serve wine and beer,” she listed off. “It’s just comfy. It’s a great overall place to be.”

Housed in a 1920s Craftsman-style home, its walls were soon filled with local art and its kitchen with homemade breakfasts, lunch items and sandwiches. Aside from its locally-sourced coffee, the shop also offered a selection of local craft beers and food items from Fort Collins businesses.

The business was largely family-run, with the Curiels’ mother, Susan, baking its goodies and doing its bookkeeping and their father maintaining the property.

“Both (Erik and Brandon) want to go on to do new, exciting things and we decided several months back that there’s no way we could do this without them, so we decided to close,” Susan Curiel told the Coloradoan earlier this month.

After the closure, Susan Curiel said the family — which owns the Wild Boar building — will start remodeling it as its exact plans for its future start to take shape.

Neither Erik or Brandon Curiel were available for comment on the business’ last day.

Wild Boar is one in a spate of recently announced bar and restaurant closures in the city. After 16 years in Old Town, Linden Street Cafe shuttered in late-September. The Drunken Monkey also announced its last day in Old Town will be Saturday.

As a little line formed at Wild Boar’s coffee counter Wednesday, Shayna Underwood stood off to the side.

“I sold my first painting here,” she told one of the shop’s employees as he readied her drink.

It was a watercolor of a fish, the 22-year-old explained.

“I’m an engineering student, so I didn’t think it was even possible to sell my art,” Underwood said. But the Wild Boar sale ended up inspiring her to keep selling her pieces — bringing in a little extra income to put toward her tuition at CSU.

This article is republished from The Coloradoan. You can read the original article here.