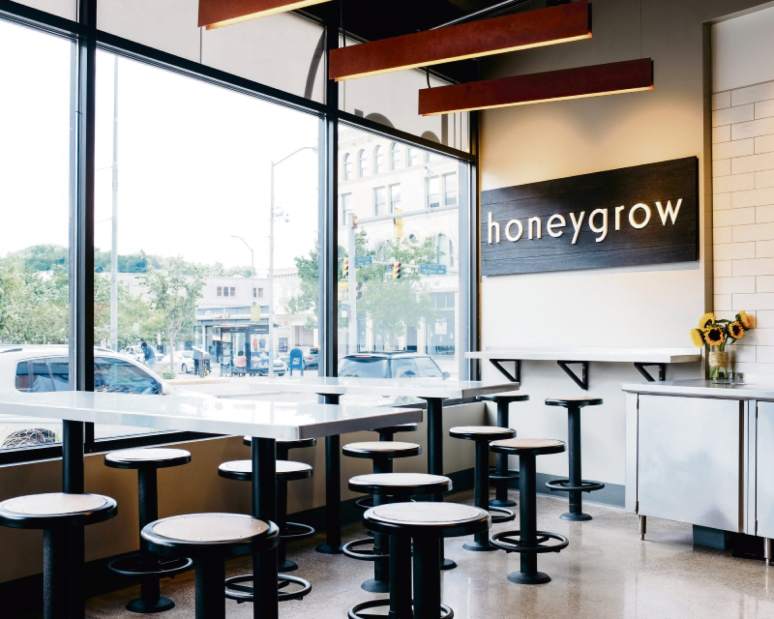 RestaurantEquipment.Bid currently has online auctions with the contents from some of these locations.

Everything starts at $1 and it is free to register and bid.

According to Nation’s Restaurant News, Fast-casual concept Honeygrow will close five locations this month, a rare stumble for a rapidly growing brand that had been an investor darling in recent years.

As of November 16, the chain will close three Honeygrow locations Chicago, one in Washington, D.C., and one Minigrow, the company’s smaller concept, in New York. After the closures, the Philadelphia-based chain will have 28 locations, primarily concentrated in the Mid-Atlantic.

CEO Justin Rosenberg said there are no immediate plans to open new Honeygrow or Minigrow locations. However, he said the company does plan to grow again — after taking some time to shore up operations.

“While we still plan to open restaurants in the future, we wanted to take this time to incubate our ideas to better fit those future locations and leverage our existing resources such as our newly opened Test Kitchen in Philadelphia to explore new ways on how to grow smart,” he told NRN in an email.

The seasonal and stir-fry-focused fast-casual concept has grown swiftly since its 2012 debut and had raised $70 million through several rounds of funding. Philadelphia-based Miller Investments led many of the larger funding rounds. The latest, which occurred in December of 2017, was to be used, in part, for new-unit development. Honeygrow was named a Hot Concept by NRN in 2016 and Rosenberg was named to the NRN Power List this year.

The move comes at a time of increasing competition in the fast-casual space.

“My key motivation for this brand isn’t just to scale, but to truly make it a sustainable business for years to come,” he said.