According to Restaurant Business, Scotty’s Brewhouse, a 16-unit chain based in Indiana, filed for bankruptcy protection this week in a bid to close four restaurants—including the company’s first location in Muncie, Ind.

The company said the four locations, three in Indiana and one in Waco, Texas, have all struggled recently and are losing money. It is filing for bankruptcy to end the leases at the locations so they can be shut down, according to filings. 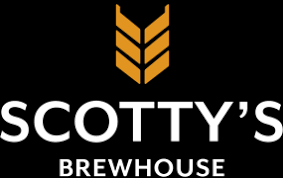 The chain of sports bars opened its first location in Muncie in 1996. Of its 16 locations, the company operates 10 of them and franchises the rest. The company also has a sister brand called Thr3e Wise Men Brewing Co. with two locations, one of which is company-owned.

According to a filing, the Muncie location first opened 22 years ago has struggled due to demographic changes in the area that have made the location “no longer viable and profitable enough to maintain.

”The filing said that growing competition has hurt another location in downtown Indianapolis, while cannibalization with nearby Scotty’s locations in Carmel, Ind., hurt that restaurant.

The restaurant in Waco opened in March and was “previously the site of a criminal incident that has impacted its business significantly more than we anticipated,” according to the filing.

The company said it fell behind on its rents and with certain landlords because of the challenges at those four restaurants. Scotty’s said that it has not paid rent in November or December for nine of its 11 total company-owned restaurants.

Scotty’s also said in a filing that its seven remaining locations generate sufficient cash flow to keep the company going.

The company earlier this year launched a national franchise program with Due North Holdings, a franchising company out of Arizona started by Kevin Blackwell, former CEO of Kahala Corp., and ZGrowth Partners, a franchise advisory firm.