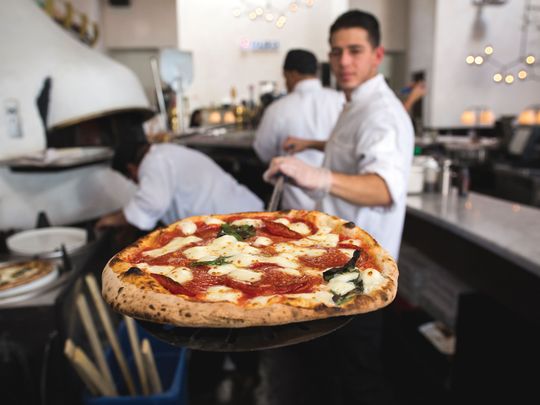 It’s no secret that the Coachella Valley restaurant business is tough.

Tourist season is short, temperatures sky-rocket in the summer, and inventory space is tough to manage.

While the local food scene is always full of surprises, this year we said goodbye to a few favorites.

Here are some of the local restaurants that closed in 2018:

A Marilyn Monroe-shaped ice cream, beer or a trendy dish might have gotten you to walk into Ein Brathaus, but the restaurant’s charm made patrons want to stay longer. Andy Lacher and her husband Jozsef Vadnay took over the location on 114 La Plaza in downtown and created an ode to their German heritage with a touch of Palm Springs.

The business sold in April, however. “t’s been an adventure and we are grateful for the flawless reviews we received,” the owners wrote on their Facebook page. “Sorry to disappoint our German food lovers! Sadly, German food is a bit of a tough sell these days.”

Hair of the Dog English Pub may have served its final downtown pint, but it hasn’t barked for the last time. The popular downtown Palm Springs dive bar will reopen in a new – and much larger – space at 555 S. Palm Canyon Dr., with a more elevated vibe, owner Larry Bitonti told The Desert Sun.

The pub at the corner of Palm Canyon Drive and Camino Parocela will boast about 5,000 square feet of space for patrons, including a 40-foot-long bar, pool tables, darts and a wall with a Hair of the Dog mural so Instagram users can get their much-coveted selfies. Bitoni said he’s aiming to open Feb. 1.

Gyoro-Gyoro opened its fourth United States location in what’s generally known as the Oasis building at the corner of Tahquitz Canyon Way and Palm Canyon Drive. The restaurant — a well-known chain of about 150 locations in Tokyo — had been months in the making after a renovation that topped $2 million, CEO and managing partner Yuji Ueno told The Desert Sun in 2014.

After operating for four years, the izakaya-style Japanese restaurant closed its doors in July. The closing came after the owner, Ramla USA Inc., filed for bankruptcy. Company representatives did not respond to repeated requests for comment from The Desert Sun earlier this year. Gyoro-Gyoro was replaced by a family-owned restaurant, Antigua Kitchen & Bar.

Despite not being able to attend cooking school due to a shellfish allergy, Tipper has often looked to his dozens of cookbooks and come up with a new recipe or revamped an old family classic. That’s why it should come as no surprise that when crafting a third act for his life, Tipper decided to share his love of food with the Palm Springs community through a new business.

But Tipper’s Gourmet Marketplace, a deli-style market in downtown Palm Springs, closed its storefront in December. In a statement posted online, Tipper said he will “continue to be active and visible within the community, but in a different incarnation.” The owner plans to “follow the trajectory that the business has been headed towards,” which will be a boutique catering business expected to return in 2019 as Tipper’s Catering.

After one meal at Watercress Vietnamese Bistro, co-owner Phong Nguyen was known to give a big hug and a thank you, making sure patrons left the restaurant with a smile.

When it opened in June 2016, Watercress received positive feedback and many repeat customers due to the wide variety of Asian and vegetarian options on the menu, Nguyen told The Desert Sun.

In September, a post on the restaurant’s Facebook page noted a temporary closing for renovations through Oct. 5. However, a notice on the bistro’s website now says “We have closed the restaurant in Palm Springs.”

This pizza franchise, with a diverse selection of craft beers and fine wines, closed its doors at The River in Rancho Mirage in December, according to its Facebook page

MiciCi describes themselves as “fast-fine” – meaning they provide that fine dining quality, but faster and affordable.

“In addition to the waterfall coming from our ceiling and the terrible HVAC unit that we were provided, we haven’t had the sales that we need and still haven’t saw much of an increase with the peak season,” the restaurant wrote in a comment on its Facebook page. “We can’t continue without taking a partner or selling unfortunately.”

This small bagel shop served bagel melts, pizza bagels and everything in between. It closed in July.

On the bistro’s Facebook page, the owners wrote, “Sad to be closing after so long in the desert. A big thank you to all our customers old and new, friends and family that supported and made BAGEL BISTRO part of their every day lives.”

The bistro opened a new location in Rancho Mission Viejo.

Manhattan in the Desert, Palm Desert

This popular New York-style delicatessen, bakery and restaurant closed its mid-valley spot this summer. Known for its bagels and lox, the eatery also serves up corn beef, pastrami and brisket.

But not to worry, the Palm Springs location remains open.

Las Casuelas restaurant in La Quinta closed its doors after 14 years in business in February. The restaurant was one of five family-owned Mexican restaurants in the valley with the same name, each owned by different family members.

The franchise remains in Arizona, California, Idaho, Nevada, Oregon and Washington, according to its website.