The vanishing old-school Chinese restaurants of the San Gabriel Valley

Ocean Star Restaurant on Atlantic Boulevard in Monterey Park opened its massive dining room in 1982. With a capacity of 900, it was among the largest restaurants in the city, and for years it held court as one of the premier dim sum destinations in the city: massive weekend crowds, wobbly Lazy Susans and wheeled carts packed with cheong fun, BBQ pork buns and chewy chicken feet.

The Cantonese restaurant abruptly closed its doors May 1. Sunny Wan, president of Ossa Miramar Inc., the restaurant’s operating group, said in an email that “the management team found it became more and more difficult to manage such a large-scale restaurant.” 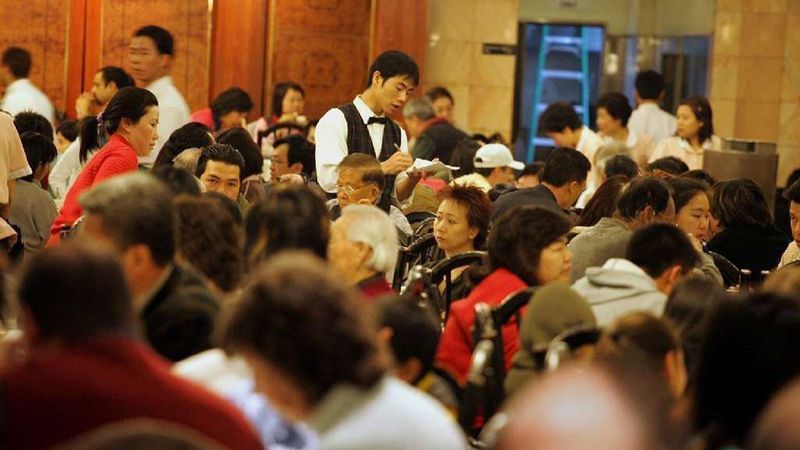 Although weekends at large dim sum dining rooms see healthy crowds, weekday business can drop off noticeably. “Traditional Chinese banquet spaces aren’t as sought after as they used to be,” Wan said.

It’s the latest shutter in Chinese-restaurant-dense San Gabriel Valley, which has seen a wave of major closures in recent months. Older restaurants and large-scale banquet halls, which frequently are Cantonese-style dim sum specialists, have been hit especially hard: Besides Ocean Star, Empress Harbor Seafood Restaurant and Lincoln Seafood in Monterey Park, Embassy Kitchen in San Gabriel, and East Gourmet Seafood in Rosemead all closed within the last year.

While the exact reasons are not simple to codify, restaurant owners and diners cited a number of factors in explaining the rash of closures: labor issues, financial challenges and changing consumer tastes among them.

Empress Harbor, just down the block from Ocean Star, served its final meal in April. It opened in 1988 on the top floor of the Atlantic Place Shopping Center, a mini-mall of brown concrete and reflective glass on the corner of Atlantic Boulevard and Garvey Avenue. The 10,000-square-foot restaurant hosted parties of up to 500 people, and saw numerous banquets, weddings and events over the years.

Takashi Cheng, a representative of the restaurant’s parent company, cited increasing costs and maintenance issues in explaining the decision to close. The restaurant’s website says it is looking for a new location.

On the message board Food Talk Central, speculation is rife as to the exact reason for the epidemic. One is that the restaurants, many of which were opened by immigrants decades ago, are built on a back-breaking labor model that second- and third-generation residents are unable or simply unwilling to maintain.

The kitchens “rely on employees agreeing to work on ‘salary,’ but it usually means they do six days a week and usually double shifts every day except maybe one half day a week,” one commenter wrote. “Nobody wants to work like that anymore, especially younger cooks.”

It may also be that tastes are changing. Cantonese cuisine has, until relatively recently, been the most popular style of Chinese cooking in the U.S.

In the 19th century, Chinese immigrants to the U.S. arrived primarily from Guangdong province in southern China (where Cantonese is spoken), particularly the rural Taishan region. Decades later, dim sum halls and the smell of butane had become fixtures of urban Chinatowns. Luxurious Cantonese banquet food — abalone, sea cucumber, jellyfish — was a staple of weddings and special occasions.

Today, with a wider representation of immigrants from other parts of China, different regional cuisines are shining in the U.S. — at the expense of Cantonese-style cooking.