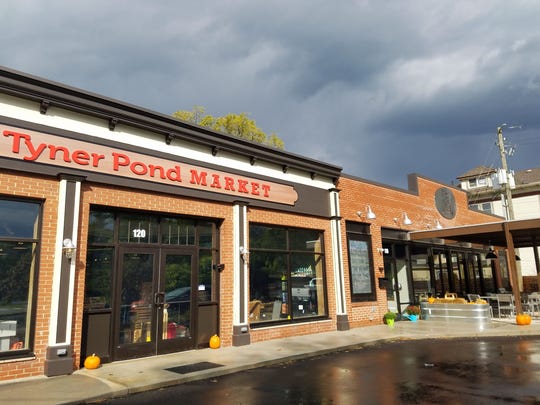 Bonna Station, the first bar to serve mixed drinks in Irvington, has closed after 9½ months in business and on the heels of another major restaurant closing, Thr3e Wise Men brew pub in Broad Ripple.

“We wanted to let everyone know that we’ve made the difficult decision to close Bonna Station effective immediately,” Baggot wrote on Facebook June 10. “Unfortunately, we were just not able to find the right formula.”

“The good news is that there will be new owners (whose name I can’t share yet) that I’m sure will be a much better fit,” Baggot said, adding that more information would arrive in a couple of weeks.”

Bonna Station and Thr3e Wise Men, which locked up June 9, are among several chain and independent restaurants that have closed this year in and around Indianapolis. Nook: A Paleo Influenced Diner closed June 11. Meridian-Kessler fried chicken spot Crispy Bird by Indy’s Patachou Inc. restaurant group and longtime Nickle Plate Bar & Grill in Fishers have also shuttered.

Scotty’s owners, Due North Holdings, have closed six of the brewhouse locations since the end of 2018. Due North also owns Thr3e Wise Men.

Do the latest closures signal a new wave of good-byes, as happened in 2017? Probably not, Indianapolis restaurant consultant Craig Baker said.

“I still think it’s a good time to open a restaurant here, but there are certain requirements I would make sure you met.”

Baker in 2007 came to Indy, where he opened and sold three restaurants before deciding to help others plan their restaurants. He agreed with Ammerman’s assessment of first-year restaurant business trials, especially with the city’s barrage of restaurant openings. In the past year, 18 have opened or will soon Downtown alone. The popping scene is exciting for diners, but intense competition forces owners to spend more on marketing, Baker said.

They’re also scrambling for quality workers and then negotiating higher wages to secure the best hires in a tight labor market. Meantime, food costs have risen and restaurant margins remain in the single digits, Baker said.

“Starting out from scratch is going to be tough,” he said. “No one wants to pay $20 for a burger.”