Despite community efforts to save it, this 53-year-old Phoenix diner will close

Despite efforts to save a well-loved Phoenix diner, Jerry’s restaurant will close its doors at 2 p.m. Wednesday, June 12. The restaurant has been open for 53 years and will be razed to make room for Jackson’s Car Wash. 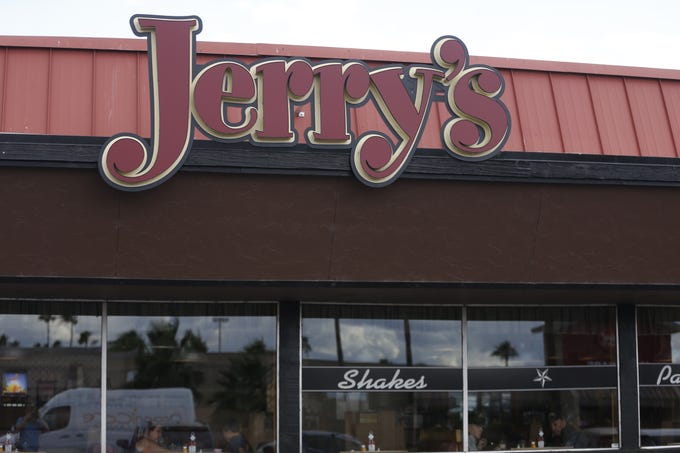 Sue Labey, who lives in the Green Gables neighborhood around the restaurant and was once a general manager at Jerry’s, spearheaded a campaign to try to prevent the restaurant from closing and being torn down.

At a Phoenix Board of Adjustment meeting on Thursday, Labey presented a petition to save Jerry’s, which was signed by more than 1,300 area residents. The board could have overturned a decision to grant Jackson’s Car Wash the permit it needs to move forward with its construction plans.

But in a 4-2 vote, the board upheld a March 28 decision to grant the permit.

“We’re obviously happy about the decision and we’re excited to be in the neighborhood and to build a great car wash,” said Sean Storer, Jackson’s Car Wash senior vice president. “We think the right decision was made.”

What will happen to the restaurant

Storer said Jackson’s Car Wash will finalize the purchase of the property on Aug. 1 and expects to begin construction before the end of summer.

The property at 2303 E. Thomas Road includes the Jerry’s restaurant building and a former children’s hospital, which has been vacant for at least a year. Both buildings will be knocked down.

Jackson’s Car Wash will build an enclosed car wash on the site. Plans include open-air bays with free vacuums for customers to use, for which a special-use permit is required.

A zoning adjustment hearing officer granted Jackson’s Car Wash a permit to build the vacuum bays in late March. Labey filed an appeal on behalf of the Green Gables Neighborhood Association in April.

Why Jerry’s is closing

Regardless of the plans to open a car wash on the site, Jerry’s owner Dave Doty says he planned to close the restaurant this year. Doty, who has owned this location of Jerry’s for 28 years, has also sold two other Jerry’s locations in Safford, Arizona, and Fallon, Nevada.

Doty’s lease on the Jerry’s building was up at the end of 2019, and he said he was not planning to negotiate an extension with the building owner.