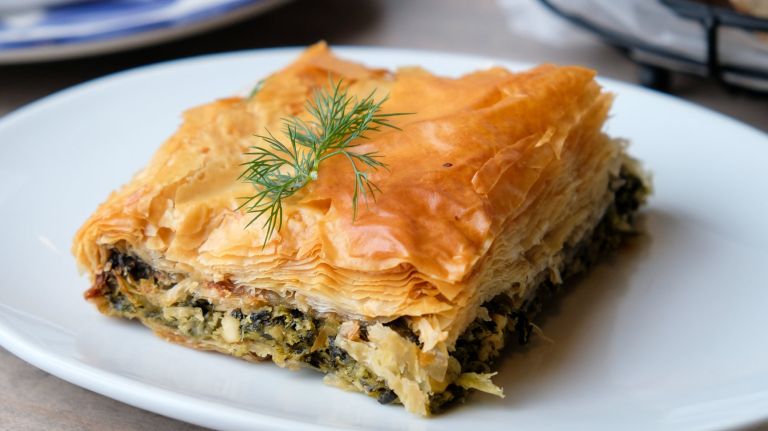 Ara Greek Kitchen & Bar, the sprawling restaurant in the Commack South Shopping Center, has closed. A sign posted on the front door says that “We are currently going under renovations,” but the restaurant has also filed for Chapter 11 bankruptcy in the Eastern District of New York.

Ara opened in October 2017, and sought a middle ground between tony Greek restaurants such as Kyma and Limani (both in Roslyn) and casual eateries specializing in gyros and souvlaki. The opening chef, Chris Bisiotis, a native of the Peloponnese, had worked for Thomas Keller (at Per Se) and Cristeta Comerford (at the White House). His menu covered all the expected bases — mezze and salads, grilled fish and lamb, baklava and galaktoboureko — but elevated them all. He also added some unexpected New American and Italian touches — including a selection of Greek-inspired pizzas.

Bisiotis left after a few months. Ara also had to contend with a charmless location in a shopping center parking lot, its floor-to-ceiling windows offering an unobstructed view of Target, Marshalls, HomeGoods, Joann fabric store and Guitar Center. The 250-seat restaurant was hard to fill.

“Ara” is the Greek equivalent of the Italian “allora” (so, well then) and alluded to the Queens restaurant, Allora Kitchen & Bar, also owned by Steven and George Menexas. In March, it was seized for failing to pay, according to reports, nearly $300,000 in taxes. The restaurant reopened shortly thereafter and is currently for sale according to businessbroker.net.