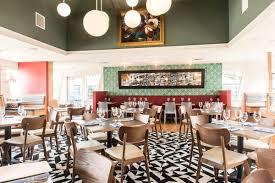 Owner Greg Gordon announced the closing on his personal Facebook page July 8, Houstonia Magazine reported. Gordon made the decision to close the restaurant due to a lack of revenue, a representative told CultureMap July 9. Gordon had further financial woes — in May, Amur Equipment Finance Inc. sued Gordon and La Vista 101 for alleged breach of contract. Amur sought monetary relief under $100,000, including damages and legal fees, per Harris County court records.

When contacted by the Houston Business Journal, Gordon declined to comment on the closure.

The 3,000-square-foot restaurant opened in May 2018 at 1805 W. 18th St. in the Lazybrook/Timbergrove area. It was the second iteration of La Vista, which operated in the Briargrove neighborhood for 19 years before Gordon moved it and renamed it. Gordon added the “101” to La Vista’s name to invoke “a 101 series class — of comforting food and friendly service designed with the neighborhood in mind,” per a 2018 release.

As part of the change, the restaurant began to serve alcohol. The original La Vista at 1936 Fountain View Drive was known for its BYOB policy, but the newer eatery included a pre-Prohibition-style cocktail program by Bar Manager Morgan Mansur and wine list curated by Jeb Stuart, wine program director and general manager.

Houston has seen a string of notable restaurant closures in recent months. Bar 5015, a popular Third Ward spot, announced it will will close at the end of July in a Facebook post, citing the end of its 10-year run.

In May, sister restaurants Canopy and WoodBar closed. Owner Claire Smith closed the concepts, at 3939 Montrose Blvd., to spend more time with her other restaurant, Alice Blue; her catering business; and her son.