While there’s no denying the quality of Bristol’s food scene, the city has still suffered a wealth of closures this year.

In recent months we have said goodbye to the likes of Ceres on Stokes Croft, Pigsty on Gloucester Roadand the city’s three Spudulike branches, after the UK-wide chain entered administration.

And later this year a restaurant headed up by a well-known chef slap bang in the city centre will also be closing its doors.

Brasserie Blanc is Raymond Blanc’s take on a modern French brasserie. After opening in Quakers Friars a decade ago it has earned largely positive reviews, with an overall rating of four out of five from 1,601 reviews on TripAdvisor.

However the restaurant, housed in the listed 18th century Friary building, will close permanently next month, adding to the number of vacant units in the premium shopping destination.

A spokesperson for the restaurant chain said: “After 10 years of positive trading in Bristol we have made the decision to close the site as a result of an attractive offer from our landlords at Cabot Circus.

“The decision was not taken lightly, and we plan on using the funds to reinvest in future openings.

“We have recently opened two new White Brasserie Company pubs, in Horsham and Highcliffe, both of which are trading beyond our expectations and we look forward to announcing further expansion plans in the coming year.”

There is some encouraging news, though, as a replacement is already being lined up for the prominent site, which Bristol Live will be able to reveal later this week. 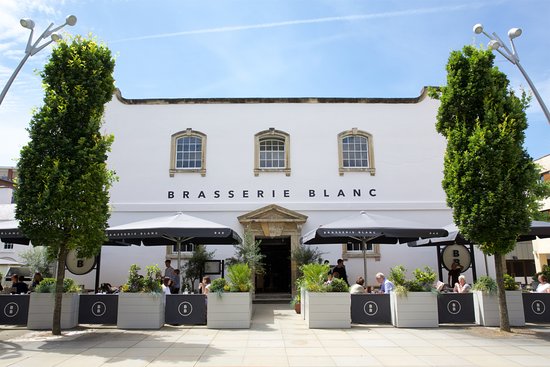 Brasserie Blanc will remain open for trading until September 1.