Fans of the Bill Bateman’s Bistro in Reisterstown will have to travel at least 20 miles to enjoy the restaurant chain’s signature wings and related bar staples.

An Aug. 11 post on the Reisterstown location’s Facebook page said that it “will be closing [its] doors for good on Sunday August 18th.” The post did not explain a reason for the closure and encouraged patrons to “stop in for some wings, some laughs and some more great memories!!” before Sunday. 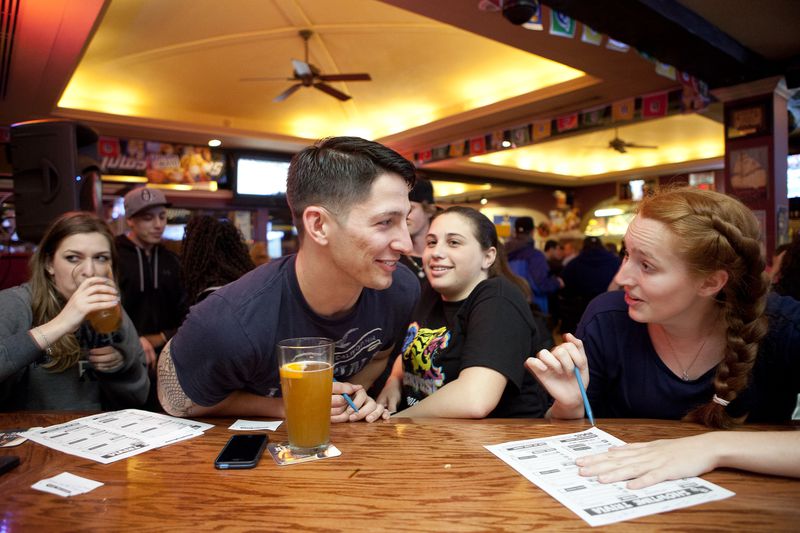 Marc Loundas, who runs the restaurant group in partnership with its namesake, said Aug. 13 that the company “just couldn’t come to terms” on a new lease with the landlord of the shopping center that housed the restaurant at 102 Chartley Drive. Loundas declined to reveal specifics on the group’s interactions with the landlord. A search of the address on the CoStar real estate database listed United Properties Corp., a company based in East Meadow, New York, as the property’s true owner. United Properties Corp. property manager Cy Nicoll, who oversees the Chartley Drive shopping center, did not immediately return a request for comment on the closure.

Bateman himself could not be immediately reached for comment at either the Reisterstown or Parkville locations.

Bill Bateman’s Bistro still has restaurants in Parkville, Havre de Grace, Rosedale (all in Maryland) and New Freedom, Pennsylvania, according to its website. It also has two stands on the 500 level of M&T Bank Stadium.

This is the chain’s fourth closure in two years. The head of a Bateman’s location in Hanover, Pennsylvania turned it into a separate restaurant, The Broken Clock, in May 2018; a Yelppage says that this restaurant is closed, linking to a website with an expired domain and a disconnected phone number. Another location in Towson closed the following month because of construction on Towson University’s Science Complex, according to the location’s then-co-owner Tony Gebbia. Loundas confirmed that the company closed an outpost in Severna Park back in May.

Loundas said that the restaurant group will keep its current locations and possibly expand its reach in “the wholesale food business,” where it made inroads by selling its signature crab pretzels (soft pretzels covered in crab dip, cheese and Old Bay seasoning) and other items across several Geresbeck’s and Weis grocery stores. He also praised Reisterstown customers for supporting the restaurant, even after the closure announcement.

“They’re buying all the memorabilia and stuff off the walls,” he said. “People were saying, ‘I gotta get something with Bill Bateman’s name on it, because I met my wife here,’ and ‘This is the first bar I ever came through in Baltimore.’”

Article Written by Sameer Rao of The Baltimore Sun https://www.baltimoresun.com/food-drink/bs-fo-bill-batemans-bistro-reisterstown-20190813-20190813-iklyq34ccba5vj7xbfosbmh6wq-story.html

Photo Courtesy of The Baltimore Sun