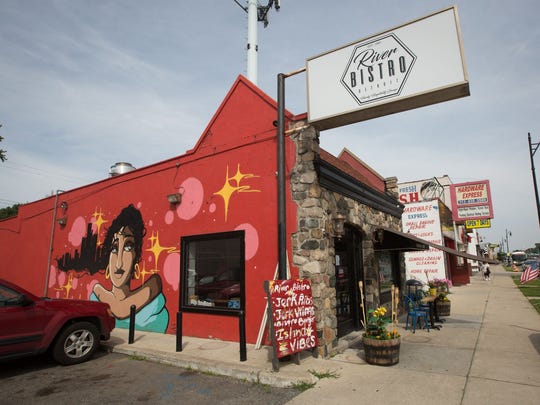 He was recently named by the New York Times as one of 16 black chefs changing food in America, and his flagship restaurant was a Free Press Best New Restaurant in 2018, but the press and accolades couldn’t save chef Max Hardy’s River Bistro, a two-year-old Caribbean-Soul restaurant in Detroit’s Grandmont-Rosedale neighborhood.

“Regretfully, and after sincere thought and consideration, we’ve decided to set our sights on new goals,” Hardy announced in a news release Friday. “The past two years operating River Bistro have been amazing and would not have been possible without the support from the Grandmont-Rosedale community. Our neighbors welcomed us with open hearts, and for that, we will be forever grateful.”

It had been a rocky road in northwest Detroit for Hardy, a native of the city who made his bones in south Florida and New York City, cooking for the likes of NBA star Amar’e Stoudemire and the Prince of Dubai before returning to his hometown in 2017 with ambitious plans to open three restaurants.

The casual River Bistro, located on Grand River just west of the Southfield Freeway, was the first of Hardy’s concepts to see the light of day, opening in the summer of 2017 and quickly earning a reputation for its creative weekend brunch service. Hardy followed it up with Coop, a more Caribbean-focused fast-casual concept operating in a stall out of the Detroit Shipping Co. in Midtown.

While Coop took off, the bistro faced some tough headwinds, going as far as suspending weekday service last summer and focusing entirely on the popular weekend brunch. Hardy slowly expanded back to some midweek hours recently, but noted in the release that construction on Grand River was a contributing factor in making the decision to close for good.

“We’ve come to realize that we need to focus our efforts on other endeavors and open up the possibility to present new, exciting ideas in the food space,” Hardy said in the release. “We’re excited about what’s on the horizon and hope to offer River Bistro patrons another opportunity for unique food experiences in the city soon. In the meantime, I invite them to join us at Coop for the great Caribbean food they’ve come to love.”

River Bistro is the just the latest among a slew of restaurants to close in metro Detroit this year, as the industry grapples with rising costs, increased competition and a difficult labor situation.