3 popular bars in metro Phoenix have closed abruptly. Here's what we know so far

Three Phoenix-area restaurants and bars have closed their doors abruptly.

Camp Social and Hatter and Hare, both located on the popular Seventh Street corridor in Phoenix, have shuttered. Old Town Gringos, a Mexican-themed bar and restaurant in Scottsdale, also has closed.

All three businesses were operated by the restaurant group Glass Half Full, which was previously based in Chicago. The Arizona Republic has not been able to reach owner James “Jimmy” Neumann for comment. 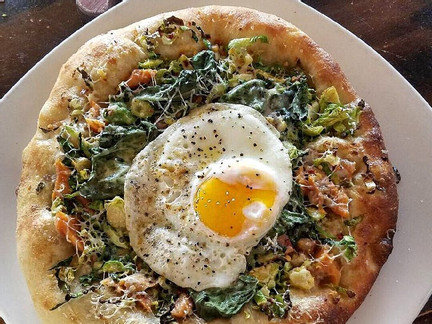 On Tuesday morning, a handwritten sign on the door at Camp Social stated the restaurant and bar was closed. An employee at the restaurant declined to comment.

Repeated calls to the restaurant went unanswered, and the Camp Social Facebook is no longer available.

The camping-themed restaurant and bar, located on Seventh Street north of Bethany Home Road, opened in mid-2017. It served a full menu of lunch and dinner, but it also was a popular spot for bargoers, attracted by lodge-inspired decor, including tire swings and suspended canoes.

On Tuesday morning, the bar displayed a Notice of Business Closure from the Maricopa Country Environmental Services Department dated June 11. The business’ Facebook page also appears to have been removed.

The bar, which briefly was called The Rabbit Hole, opened in July 2018. The Alice in Wonderland-themed concept took over a space formerly occupied by Joe’s Midnight Run and served cocktails, such as White Queen, Tweedledee and Cheshire Cat.

A sister bar in Chicago, still called The Rabbit Hole, was open for business on Tuesday morning.

According to signs posted at Old Town Gringos on Tuesday afternoon, the property on which the bar is located was repossessed by the owner.

A representative from Southwest Retail Group, which is listed on the sign as a point of contact, has not returned calls from The Republic.

The property, located on Craftsman Court between Third and Fifth avenues, previously was home to a similar bar concept called Dos Gringos. Glass Half Full purchased the bar in late 2015. The company closed the doors and reopened the bar in early 2016 under the new name.

Dos Gringos bars in Mesa, Tempe and Chandler remain open and are not associated with Old Town Gringos.