Two titans of Detroit’s restaurant industry are teaming up for new project in Birmingham.

Chefs Takashi Yagihashi and Luciano DelSignore are planning to open Pernoi, a French, Italian and Japanese restaurant at 310 E. Maple, where upscale American restaurant Cafe Via was before closing last March.

DelSignore says Pernoi will be “extremely contemporary” and the menu will rotate frequently. The plan is to be open for dinner only Tuesday-Saturday.

“We’ll be cooking in our own styles,” said DelSignore, adding that he and Taskashi have worked together frequently during their almost 20 year friendship.

“We’ll probably collaborate at one point and create some dishes together, but starting out you can expect my food to be extremely contemporary Italian and Takashi to bring to the table contemporary Japanese. He’s heavily trained in French cooking. When he spent his days at Tribute it was a Japanese-French fusion.” 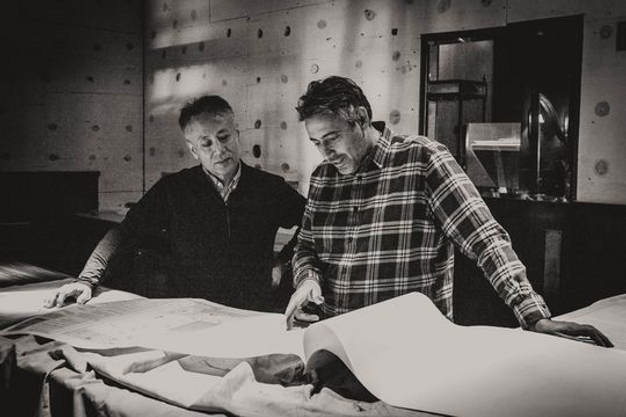 Takashi, who owns Slurping Turtle in Ann Arbor and Chicago, was giving Detroit’s restaurant scene a national boost back in the 1990s.

His Farmington Hills restaurant Tribute was open from 1996 through the mid 2000s. There he earned the title of James Beard Foundation Award for Best Chef: Midwest as well as accolades from the New York Times. Takashi has also appeared on national food shows such as “Iron Chef America,” “Top Chef Masters” and “Great Chefs.”

Italian chef DelSignore, a three-time James Beard Award Nominee himself, has given Metro Detroit a stellar example of fine Italian cuisine at his Bacco Ristorante in Southfield, which he opened in 2002.

Since then he’s spread Neapolitan-style pizza across Metro Detroit through his more casual Bigalora Cucina line of restaurants, which have locations in Royal Oak, Rochester Hills, Southfield, Plymouth and Ann Arbor.

DelSignore says that because their other restaurants are more casual (with the exception of Bacco) and because Pernoi will only be open for dinner five nights a week, they will be able to fully put their efforts into the new project.

He said they will have a chef de cuisine on board to help, but “we are very much involved and we’re going to touch all the food and create all the food and see it all before it hits dining room tables.”

Pernoi, which takes its name from the Italian phrase “for us,” is expected to open in the spring.

DelSignore said he loved the meaning behind the name, but he put the two words together to create a new word that sounded Italian, but also could feel a little French and even possibly Japanese.

“It kind of represents the feeling of what the I think the restaurant will be and I think the ‘for us’ means that this is two veteran chefs that if we could build a restaurant that we would like to dine in on a monumental occasion, this is what it would be,” he said.