Next weekend could be your last chance to grab “stinky bunz” at Anise Global Gastrobar. Opened in 2013 across from Curtis Hixon Waterfront Park, the swanky downtown Tampa spot at 777 N Ashley Drive has announced its last day as Sept. 14. 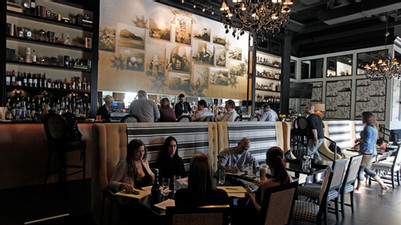 “It has been an amazing journey full of proud accomplishments, chronic sleepless nights, heart warming moments, tough challenges, & wonderful long lasting relationships,” reads the update to the restaurant and bar’s Facebook page. “As with everything in life, chapters must end so that new growth can begin. The factors involved in the decision to close our doors have signaled that it is time for all of us at Anise to move on to our next adventures.”

But late Friday, Xuan “Sing” Hurt, who owns Anise with her husband Kevin, told the Times she couldn’t comment on ongoing negotiations.

The Facebook announcement went on to say that North Star Eatery, Anise’s younger sibling at the Hall on Franklin in Tampa Heights, will remain in business. And good thing, too, because this means that soul-warming japchae noodle bowl and those signature steamed buns known as stinky bunz — born from the Hurts’ Stinky Bunz food truck and among the most beloved handhelds in town — are living on.

There was no mention of what will happen to Hidden Star Tiki Bar, the tiny watering hole with a secret entrance inside Anise that premiered in June.

Neighbors with restaurants like Taps Restaurant Bar & Lounge and Tampa Pizza Company, Anise launched more than six years ago on the ground floor of the SkyPoint condo building. To regulars, from the pregaming Straz Center crowd to the nearby residents who hit up the place for the playful list of craft cocktails and truffled tater tots, it feels like the doors have been open for much longer.

Maybe it was the inviting, chic atmosphere, the globally influenced dishes and drinks, the never-not-rockstar staff. For many, Anise was a local staple, one of the more reliably solid dining spots in downtown Tampa.

On Tuesday, Anise took to Facebook with another update, letting guests know service will start at 4 p.m. daily through Sept. 14 — and that all of its alcohol is 30 percent off.

Their mission as patrons before the restaurant and bar closes?

“Come help us drink all of our booze!!!”