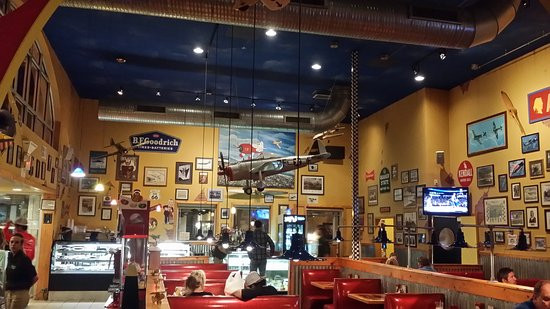 Tammy Relka, co-owner of the Flight Deck Restaurant at Western Nebraska Regional Airport, has announced she will be closing the restaurant sometime toward the end of October.

“We were just entering our fifth year of operation at the Flight Deck,” Relka said. “Dave and I have decided to close and move the operation to the Sizzlin’ Sirloin Steakhouse in Terrytown.”

She said they gave airport management their 60-day notice on Thursday, but will work with them on the exact timeline.

The Relkas had signed a new contract with the airport in March with the intent of keeping both restaurants operating.

At the time, Relka said the food at the Flight Deck has generated a lot of positive comments over the past four years. The public also said they would come in more often if the restaurant were in a more convenient location. That led the Relkas to consider a second location. By early summer, the Sizzlin’ Sirloin Steakhouse was open in Terrytown.

Airport Director Raul Aguallo said they received a letter from Relka on Sept. 5 indicating she was exercising her 60-day notice and she was closing the Flight Deck Restaurant.

“We sent her a letter saying we were sorry she was leaving and we were happy to have her,” Aguallo said. “We realize she’s running a second restaurant so we weren’t going to hold her to the 60 days.”

“Darwin Skelton was still the airport manager when we signed the last agreement,” Relka said. “But since his retirement, it’s been difficult to get what we needed from the airport to continue operations at that location. So we decided it’s the best time to move everything into town.”

Aguallo said he believes there are no ill feelings on either of their parts, but Relka indicated they weren’t making profit at the Flight Deck.

“We can’t blame her so we’ll start advertising for a new tenant for the restaurant.”