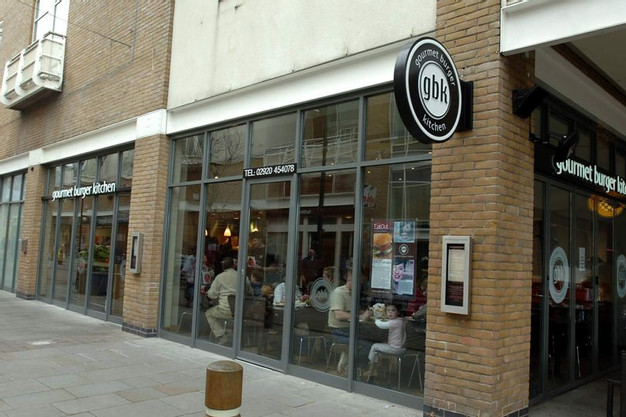 It’s become renowned as a place to go to eat and drink especially when the sun is shining but a number of Cardiff Bay restaurants have now closed their doors.

Gourmet Burger Kitchen, Eddie’s Diner, Veeno and Chai Street are among the businesses in the popular Mermaid Quay shopping and leisure district that have shut in the past few months.

Italian chain Strada and Chinese favourite Pearl of the Orient both closed last year to make way for new businesses coming to Mermaid Quay following a revamp of the area.

The latest round of closures come as businesses continue to face disruption from sewage works along Bute Street and Tacoma Square, with many reporting damage to trade.

Disruptive sewage work has been ongoing for a number of months (Image: Walesonline/Rob Browne)

A spokeswoman for Mermaid Quay confirmed that Eddie’s Diner, Veeno and Chai Street had also closed in recent weeks.

She said: “We are redeveloping the GBK and Eddie’s Diner units and we are in advanced discussions with a new high quality chain of restaurants.

“We have also got plans to bring Mermaid Quay into the 21st century. A lot of these vacancies are part of that plan.”

Cosy Club, which has a city centre restaurant, is expected to open its second Cardiff location in 2019 and work is currently underway to transform part of the Mermaid Quay area into the popular Everyman boutique cinema.

Landlords of Mermaid Quay are also planing a major renovation plan for the dockside area, with new paving, lighting, signs, seating and plants.

This latest round of restaurant closures follow months of disruption along Bute Street and Tacoma Square while Welsh Water carry out urgent work to clear sewers blocked with fat, oil and grease.

Welsh Water say they have removed about 800 tonnes of material since they began in the autumn of last year, with work scheduled for completion in early summer.

One business owner, who preferred not to be identified, said the work contributed to the failure of his business.

“In my honest opinion, it is a combination of factors,” he said.

“The first and foremost is the high costs associated with operating in Mermaid Quay and the straw that broke the camel’s back was the sewage work.

“It tipped everything over the edge. It is a difficult situation for the landlords. They offered me a rent-free agreement but the rates are just way too high.”

The anonymous business owner said he was in the process of claiming compensation from Welsh Water for loss of trade.

Large areas of Bute Street and Tacoma Square have had to be closed off while Welsh Water carry out their work, eliminating space for outdoor seating and occasionally closing businesses for a number of weeks.

Rebecca Griffiths has run Zia Boutique on Bute Street for about eight years, and lost two weeks of Christmas trade in December while her business was rendered inaccessible by the project.

“Welsh Water themselves have been good,” she said. “There’s someone on site every day to go to speak to.

“I don’t really fault Welsh Water in their efforts of communication with shop owners but the work itself has obviously been a disruption.”

Ms Griffiths said she was also in talks to claim compensation for the brief closure of her shop.

Welsh Water have been extracting huge amounts of fat from the sewer:

A spokesman for Welsh Water said: “Our work in Mermaid Quay has been necessary due to the large blockages in the sewer caused by the build-up of fat, oil and grease and other items being illegally put into the sewer.

“To illustrate the sheer scale of this issue, we have already removed around 800 tonnes of material from the sewer since the work began.

“We appreciate there is some disruption to traders while we carry out this work, so we have been carrying out the work in phases to minimise the impact of this, while working with local businesses throughout to ensure they are kept informed of all the work we’ve been carrying out – which includes a permanent, dedicated liaison officer based on site.

“We’ve also been working with these businesses to ensure they have the systems in place to prevent such a problem arising in future.

“We also have a process in place whereby businesses who believe they may have experienced a loss of profit because of our work can apply for us to cover the loss.

“All the businesses in the vicinity of our work in Mermaid Quay have been made aware of this.

“We appreciate that this work can be disruptive and continue to be grateful for local residents’ and businesses’ cooperation during this work, and can assure them we are working as quickly as possible to complete this essential work, and anticipate it will be completed by early summer.”